Mobile ad revenue doubles in the last year to $1.2 billion 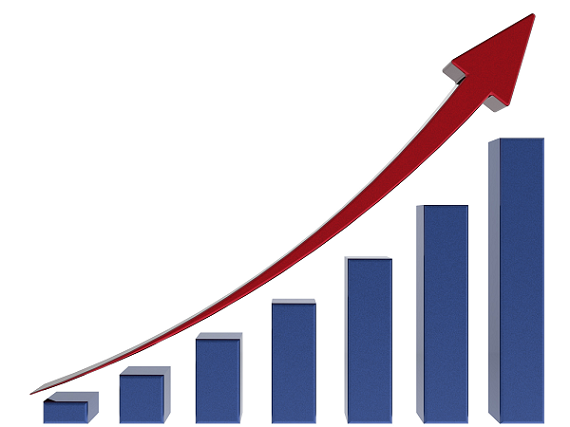 Internet ad spending reached an all-time high in the first half of 2012, even as growth was down from years past, according to a report released by The Interactive Advertising Bureau Thursday.

A large factor in the growth rate seems to have come from mobile, which saw its ad spending nearly doubled year to year, from $636 million in 2011 to $1.2 billion in 2012. 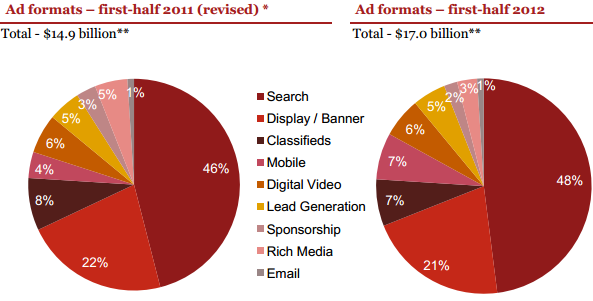 Advertisements that incorporate animation, sound, and/or interactivity in any format are known as rich media. They are typically deployed on standard Web and wireless applications including e-mail, static and dynamic Web pages, and may appear in ad formats such as banners, buttons, and interstitials.

As you can see in the chart above, search revenue is still the largest source of ad revenue, bringing in nearly half of the total for the first half of the year. Out of the $17 billion total, $8.1 billion came from search, up 19% from the $6.8 billion it took in during the same period in 2011.

“This report establishes that marketers increasingly embrace mobile and digital video, as well as the entire panoply of interactive platforms, to reach consumers in innovative and creative ways," Randall Rothenberg, President and CEO of IAB, said in a statement.

“These half-year figures come on the heels of a study from Harvard Business School researchers that points to the ad-supported internet ecosystem as a critical driver of the U.S. economy. Clearly, the digital marketing industry is on a positive trajectory that will propel the entire American business landscape forward.”

As it was in 2011, retail brought in the largest amount of ad spending, with 20% of the total amount, down from 23% last year. The total amount brought in by retail in the first half of this year was $3.4 billion.

Automotive revenue, which includes all automotive-related categories including sale/purchase of vehicles and parts andmaintenance, totaled $2.2 billion. This was the only industry to show an increase in percentage of total revenue year to year, going from 11% to 13%. Every other industry dropped or stayed the same. 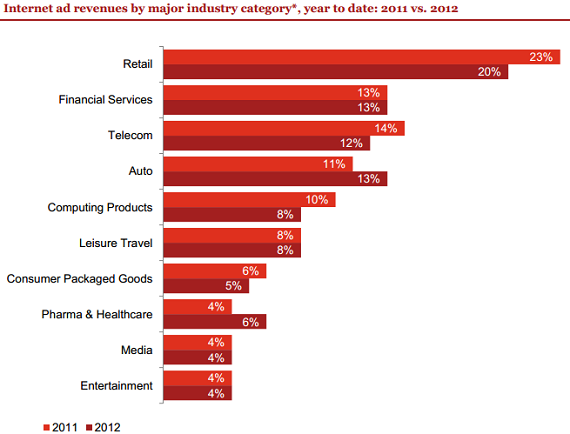 With the first half of 2012 bringing a record $17 billion, The Interactive Advertising Bureau is projecting that, if the second half of the year continues to grow at the same rate, 2012 will surpass last year's record breaking revenue total.

This seems especially likely, given that in every year since 2003, revenue has gone up in the second half of the year. 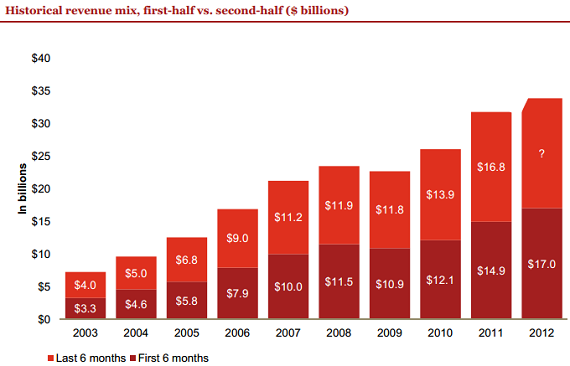 "Applying historical seasonal data, the 2012 first six months’ revenues of $17.0 billion are on an annual run-rate to make 2012 the highest annual year, exceeding the $31.7 billion in 2011, the previous highest annual total," it says in the report.