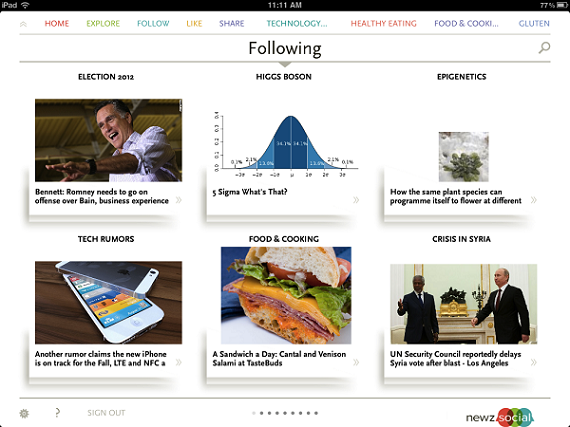 I’m the kind of person who really likes to be up on what’s happening in the world, so I wind up reading a lot of news during the day. I know, being up on the latest news and trends is kind of my job, but I like to read about a lot of different things: sports, politics, media, and entertainment. At the same time, sifting through all of the garbage is also kind of daunting. Creating a channel just about the topics that interest me would save me a lot of time and energy.

Newzstand is debuting its NewzSocial App for iPad, it was announced Wednesday. The app is a news aggregator, which allows its users to create niche channels and share them with their friends on social networks.

Newsreaders will often let you create channels, Anand Jagannathan, founder and CEO of Newzstand, said in an interview with VatorNews. But they select the stories for you.

NewzStand has three aspects that set it apart: the creative, the social and curation.

What NewzSocial does is not only allow users to create their own channels, they can be about anything they want them to be. The channels can even be extremely specific. A channel can be created with stories only about baseball, only about the Yankees, or only about Derek Jeter. The user gets to decide.

The user also gets to curate what stories go on its channel, and the stream then can be shared with friends. 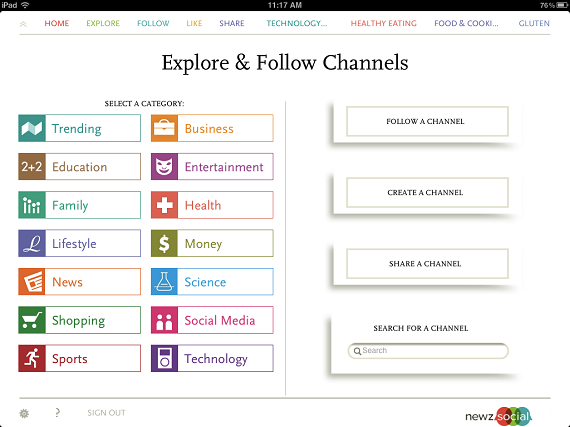 Jagannathan called the app, “the Facebook-slash-Pinterest for news.”

The app, which had been in beta for the last four months, currently aggregates news from over 10,000 publications and blogs.

While the app is currently only going to be available on the iPad, there are plans to expand it to other devices and platforms. There will be a web platform within the next couple of months, Jagannathan said, as well as a smartphone app by the end of the year.

The company also plans to be on Android by the end of the year, specifically on the Kindle, but that is harder, says Jagannathan, since there are so many more Android devices than there are on iOS.

The app is currently free, but the company eventually plans to monetize by offering a paid, premium subscription for businesses to send select news stories to employees. Jagannathan would not say what the difference between the basic and premium subscriptions would be.

Sunnyvale, California-based Newzstand was founded in 2009. The NewzSocial app, which was developed in 2011, is its first product. The company is currently self financed, with Jagannathan and other member of the team putting $300,000 into the company.

Eventually the company plans to be venture financed, but it wanted to put out a good product first, Jagannathan said. 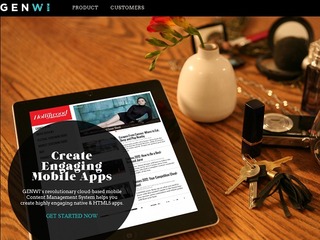 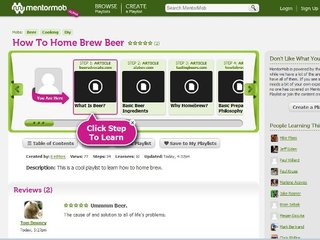