Don't get hung up on high valuations; Very simple math is at the heart of getting a deal done 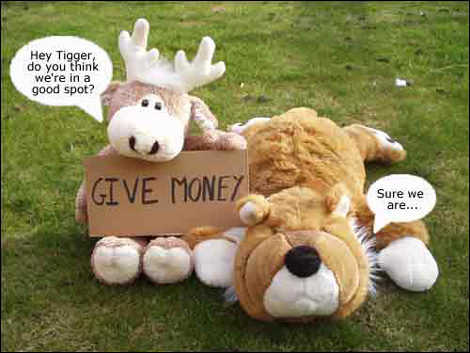 Getting hung up on a high valuation can quickly take the wind out of your entrepreneurial sails.

For most first-time entrepreneurs, deciding on the right valuation can often seem arbitrary and confusing. Consider the experience of my friend Larry (name changed to protect the guilty), who was raising his first round for a coupon/loyalty company.

The space was apparently red hot and his investment banker strategized that he should raise a $20M post valuation despite the fact that he only needed $1M to prove the business model milestone. Seems great, right? Raise $1M at a $19M pre-money valuation. However, after almost five months of getting “great” first meetings with VCs, he and his investment banker were unable to get a single term sheet. Surprised?

What went wrong here? Larry was very certain that everything would close quickly so that he could build and create value. Unfortunately, he spent five months pounding the pavement with his investment banker with no funding to show for it leading to stalled progress on the product. His main competitor in the meantime raised $1M with a $4M pre-money valuation and were well on their way in building the product.

What did Larry miss? Despite his bravado and confidence in his idea, Larry and his banker couldn’t do some simple math. At a $19M valuation he would only be giving up 5% of his company for $1M. Now imagine if he had dropped his valuation by more than 50% to $9M. He now offers 10% of the company for $1M. Whereas his stake only decreased by 5%, the investor is now twice as motivated to invest as his stake went from 5% to 10%. Now let’s take this a bit further.

As Larry's competitor raised $1M at a $4M valuation they gave up 20% of the company for $1M. If Larry would have done that he would have motivated his potential investor by 4x and he would have only diluted by another 15%. I tried in vain explaining to Larry that if he will be rich at 95% he will be rich at 80%. His focus should have been on reducing risk and increasing value as fast as he could rather than getting stuck at the margin. He will now have a harder time against his competitor who was well on his way to prove value and has momentum behind him. Larry was being penny wise, pound foolish.

19-9-4: This very simple math is at the heart of getting the deal done. An inability to appreciate the subtleties can be quite detrimental. Larry would have dramatically increased his chance of getting a term sheet if he had not insisted on a $19M valuation and focused on keeping his momentum going for a slightly lower overall stake. His inability to get his dream financed and reduce the financial risk in the company will make it harder for him to motivate his team and tougher to hire.

Larry needs to motivate and involve his co-founders, employees, partners, VCs, etc to share in his dream. He trades funny money (equity) in the company for hard sweat and money. The goal is to “sell” his dream and not sit on it for months at end to optimize at the margins.

Net-Net: An entrepreneur needs to reduce the multitude of risks in his venture and improve the odds of success. Ability to “sell” his/her dream and close financing expeditiously is critical to success