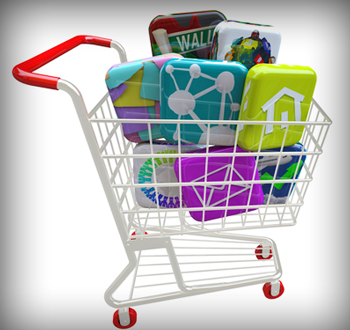 Apigee, which provides an API platform for companies, announced Tuesday morning that it's raised $20 million in funding, led by new investor Focus Ventures, including participation from existing investors Bay Partners, Norwest Venture Partners, SAP Ventures and Third Point Ventures. The new round brings Apigee's total round of funding to $72 million.

"With the app economy taking off, it is obsoleting websites," said Chet Kapoor, Apigee CEO, in an interview with me, explaining that more people are accessing services through their mobile devices, and hence more services need an API to be accessible through multiple devices.

Palo Alto, Calif.-based Apigee essentially provides an API platform that can be used by companies to make their services avaiable on multiple mobile devices. An API (application programming interface) is like a door, said Kapoor. In this case, it's a door that allows services on the Web to be available on a mobile device, he said.

On top of the platform, Apigee also provides its customers analytics to measure the activity coming from the apps.

To better understand how Apigee works, take for example its client Walgreens. The drug store offers a photo-printing service that it wanted to make accessible through a mobile device. For many who want to print out their photos, the process is such: Take a photo, upload to a computer, transfer to the Walgreens website, then go to the store to pick up the printed photos. "What Walgreens realized was that 30% of the photos they were processing came from smartphones," said Kapoor. "What this means is that it's highly inefficient to upload to your computer."

To this end, Walgreens used Apigee to build an app to run on iPhones that enabled consumers to upload the photo directly to Walgreens from their phones. Apigee did not build the app as much as it provided a layer on top of the Walgreen's infrastructure that enabled Walgreen's engineers to make the website photo-sharing services to be used on mobile devices. Apigee also helps with interoperability so the services can be accessed on multipe devices that run on different platforms.  "We sit in the middle of the feature and the mobile application," said Kapoor. As for analytics, Apigee can show Walgreens the traffic on the apps as well as the number of photos being uploaded to Walgreens.

For this service, Walgreens pays an annual subscription, based on a number of metrics, including traffic. Kapoor wouldn't disclose the average contract value.

Recently, Apigee also bought Wholesale Applications Community, a clearing house that allows APIs to talk to one another.

"We’ll do more acquisitions [in the mobile space]," said Kapoor, without providing much detail on what kind of mobile companies he's seeking.

Apigee plans to use the funds to expand in Europe, Asia and the Pacific Rim.