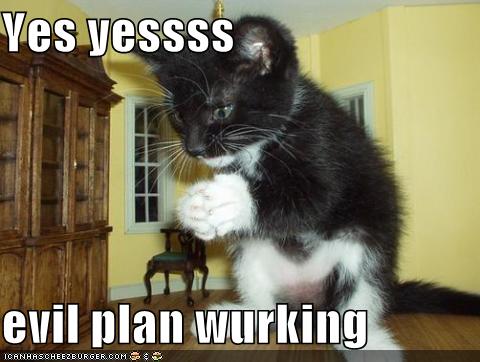 The arcane minutia of securities law is not normally where you will find spirited, partisan or emotive debate, but the Obama administration changed all that with the enactment of the JOBS Act.

In particular, the crowdfunding provisions of the Act have generated interesting policy and philosophical discussions among high profile VCs, lawyers and journalists.  The age old question remains as follows:  should investors be protected from themselves?

By way of background, the crowd-funding legislation allows companies to raise up to $1 million in a 12 month period through sales of securities to (gasp!) non-accredited investors. Not only that, but the securities may be broadly marketed (via brokers and SEC “platforms”) to persons who do not have a pre-existing personal relationship with the company and may not be sophisticated.

(Editor's Note: Interested in the JOBS Act? Be sure to catch the discussion at Venture Shift on the evening of July 19. Royse will be moderating a debate between Dave McClure, founder of 500 Startups (pro), and Mike Stocker, an attorney at Labaton Sucharow (con). Kate Mitchell, a big proponent of the JOBS Act, will also be speaking on the bill's merits).

An “accredited” investor at one time meant a rich person; it now means a person with a net worth (excluding equity in a primary residence) of $1 million or more or $200,000 of annual income (or $300,000 jointly with a spouse).  Under current law, a company cannot advertise or publicly offer securities in a private offering.

A company may also be prohibited from selling securities at all to unsophisticated, unaccredited investors. The new law, when implemented through regulations, throws those rules out the window and makes investing in a startup as easy as placing a bet on a craps table in Las Vegas – easier, in fact, because you will not have to travel to Las Vegas to invest. Unlike Vegas, however, the law caps the amount that an investor can bet on a company to a percentage of the investor’s net worth.

Proponents of the law say that it will open up a new source of funds for startup companies trying to raise money for their ventures. Opponents of the law say that the rules will expose an unsuspecting public to unscrupulous promoters, facilitate frauds, and most significantly, result in unsophisticated investors making investments when they do not understand the risks and cannot afford the losses.

Nowhere is the divide more aptly illustrated than in the rhetoric surrounding the Facebook IPO.  Based on current trading prices, it seems that anyone who bought Facebook stock in the IPO or a private resale in the past year or so has probably lost money. However, the early investors have made money – lots of it.

One way of looking at this is that the big upside should not be reserved just for VCs – the little guys should have been allowed to invest early at low valuations just like the VCs did. Another way of looking at it is to marvel at how readily uninformed investors will throw their money away, and conclude that the “little guys” should be kept out of the game altogether lest they get slaughtered more often than they already do.

For starters, there is the “always a bridesmaid, never a bride” syndrome. Tech companies (at least in my neighborhood) always go to the Angels and VCs for money first (after friends and family). Tech companies have the potential for multiple returns on exit that venture funds require to make their numbers. For a promising company, VC money will be easier than crowdfunded money because it does not require an SEC “platform,” a business plan or reviewed or audited financials. It also is not limited to a measly $1 million. Thus, any tech company that shows up on a crowdfunded platform will be presumed to have already made the rounds and been turned down by the VC community. It will be viewed as second tier. Even a gambler wants to avoid betting on losers.

Other companies, however, are not traditional VC plays and their appearance on a crowdfunding platform will not necessarily imply that they could not get money anywhere else. For example, consumer products companies rarely attract big name venture capital (with exceptions) because the upside potential is not high enough.

Those types of companies, however, are perfect for a crowdfunded deal because they can attract “affinity” investors. A person might feel better about buying stock in a company that makes the products that they use, for example. For those companies that have cleared the “stigma” hurdle, their issues will include dealing with the risk of failing to disclose all “material” information to their potentially uninformed investors (and their plaintiff’s lawyers) and funding the costs of the platform, including paying brokers, lawyers and accountants. On top of this, we can only speculate what new hurdles the SEC (which is generally not all that enthusiastic about the program to begin with) will impose.

Given the above issues, it is hard to see how the JOBS Act will open the floodgates to either new start-up capital or new investor frauds. Instead, notwithstanding the entertaining dialogue, the JOBS Act may very well be relegated to the dustbin of good intentions, dashed hopes and great campaign-year rhetoric. It may fall under its own weight. And that is its greatest evil.