Industry backlash results in $30M in losses, but TrueCar still expects to double revenue in 2012

You may have seen the television ads for TrueCar.com a few months ago.  They were cute and simple.  If you had asked TrueCar CEO Scott Painter six months ago where he saw those ads taking the company, he would’ve told you that TrueCar.com was poised to become the mainstream alternative for car shoppers.

He definitely wouldn’t have guessed that those brief, one-minute ads would have landed TrueCar.com in a legal maelstrom with the auto industry.  Nor did he foresee an industry-wide boycott of TrueCar.com that would result in $30 million in losses.  Within 60 days, half of its 6,000 dealers abandoned the platform and began targeting TrueCar as a socialist attempt at bringing down the American automotive industry.

Now, if you ask Scott Painter if that is his aim, he’ll politely point out to you that he is a Libertarian.  “I went to West Point.  I grew up Republican,” he explained.  “My mother was appalled at the fact that I was being called a Marxist.”

As Painter, who will be speaking at Vator Splash LA this Thursday, explained to me, TrueCar was never about driving down car prices.  It wasn’t trying to be the Walmart of new car sales, undercutting dealers to give consumers the cheapest possible value.

“People aren’t as focused on saving a couple hundred dollars as they are on not getting screwed out of thousands,” said Painter.  “People don’t come to TrueCar to save money necessarily, but to avoid getting screwed.”

The jist of TrueCar is transparency

If you’ve ever bought a new car before, you know what it feels like to be bent over and spanked.  There’s the grueling haggling battle, the emotionally draining process of mining your way through trickery and manipulation, the whole “hang on, let my talk to my supervisor” thing they always do, and in the end, you wind up paying more for the same exact car your neighbor got last week.

Just writing all of that out is exhausting.

Founded in 2005, TrueCar allows car shoppers to gain some leverage in the obligatory car dealership haggling process by finding out what other people in their area are paying for that car.  For example, in my Sacramento neighborhood, the average new Toyota Corolla goes for $16,264, with anything over $16,369 being considered above market.  This is valuable information to have when heading into a car dealership, where you will be bartering with the devil’s minions (and their elusive “supervisors”) to try to get the car you want at an affordable price. 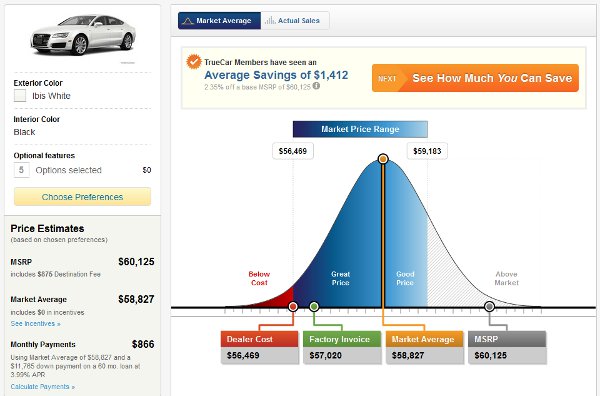 The service has saved customers an average of $4,154 off the Manufacturers Suggested Retail Price (MSRP).

TrueCar got its data from that network of 6000 dealer partners.

The whole point of the service is to help people not get screwed out of thousands of dollars.  But the discrepancy in sales between Customer A who knows how to haggle and Customer B, who doesn't, nets huge profits for the auto industry.  Think about what a difference of 20% means.  That means that while your neighbor may have bought her new car for $40,000, you could end up paying $60,000—for the same car.  TrueCar turned out to be a little too good at narrowing that gap.

The industry fought back through litigation and good old fashioned vilification (see above video.  Mahmoud Ahmadinejad cares about how much you pay for your car.).

“You raise a shitload of money,” said Painter.  “Actually, you raise two shitloads of money.”

Despite the backlash and steep losses, TrueCar managed to survive and flourish.  The company made $78 million last year and expects to more than double that this year.  It had expected to quadruple last year’s earnings, but that’s where the industry pushback stunted its growth.  Nevertheless, TrueCar is 30% off its lows and plans to relaunch its TV ads this fall.

Painter credits the company’s ability to recover from such a devastating attack to the fact that decisions were made based on the company’s vision and passion.  “We’re not run by a bunch of consultants,” said Painter.  “There’s zero chance money would have made the same decisions passion made.  Money would’ve backed down.  I think just in my career, as I’ve stepped out of companies too early, I’ve seen that happen before.  When a company is run by someone who doesn’t have same vision-driven belief, they mortgage decisions for pragmatic reasons.  If you want to survive, always make the pragmatic decision.  But if you want to actually be the best, you have to take a risk.”

What kinds of risks, you ask?  Well, for one thing, TrueCar actually switched out half of its senior leadership and put more emphasis on industry experience and knowledge.  It also revamped its business and billing model.  Today, the company is rebounding in all Key Performance Indicators, including unique visitors, conversion rate, close rate, number of sales, revenue, margin, dealer count, and more.  Scott Painter says the company will be back to positive cash flow this year and expects the company to double in size every year for the foreseeable future.  It has also regained some half of the dealers that it lost in November.

If the story sounds familiar, that’s because this is the exact same thing that Pandora went through not too long ago.  The company had to deal with major backlash from the music industry and came pretty close to death in 2007 when the Copyright Royalty Board attempted to hike the performance royalty rates for Internet radio by more than 100%.  Left in place, the inflated royalty rates would have killed Internet radio altogether.

The story rings true for Scott Painter in more ways than one.  For starters, it just so happens that Pandora CEO Joe Kennedy is an advisor to the company, so he’s been through this rigmarole before.

But the music industry also mirrors the auto industry in many ways.

“It’s an entrenched, monopolistic system,” said Painter.  “The auto industry is really the last to change.  It has long-time contributors to the lobbying fund.  It’s incredibly protectionist.”

But what have we learned from major industry-disruptors like Google and Pandora?  If they survive, they become the mainstream option and change the landscape for everyone.

“Once something becomes unkillable, it becomes accepted,” said Painter.

His advice for entrepreneurs who want to create a big industry-disruptor like TrueCar: make sure your well-funded.  Raising a shitload of money means you'll be able to role with the punches when the industry you're trying to disrupt fires back at you.

"Think about the reality of what your funding needs are going to be. Being unrealistic about how much money you’re going to need is unwise. I don’t think enough CEOs know how to read a balance sheet," said Painter.  Also: don't waste time being idealistic.  Figure out your business model and how you're going to make money.

Check out Scott Painter on Thursday at the Fairmont Hotel in Santa Monica. 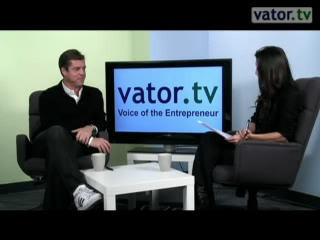 A new way to buy and sell cars