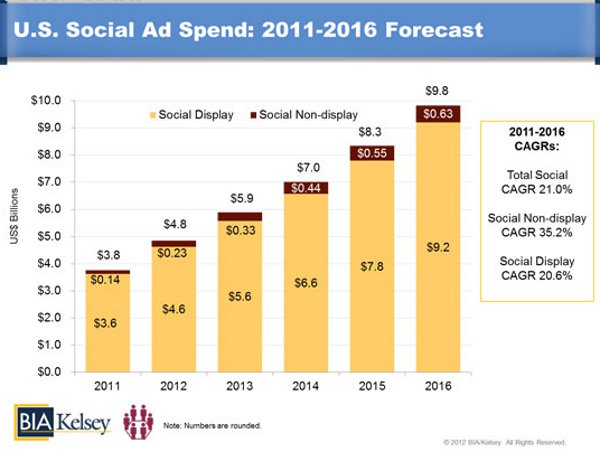 As a testament to the fact that social media is hotter than ever, social ad spending is predicted to reach $9.8 billion by 2016, according to a forecast released Tuesday by BIA/Kelsey.

“Better performance, coupled with richer formats and creative elements, like video, will be the principal social ad market growth drivers,” said Jed Williams, analyst and program director of Social Local Media for BIA/Kelsey, in a statement. “Social advertising’s local business penetration will steadily increase as SMBs’ understanding of social media deepens, and as the networks continually improve the ease of onboarding and campaign management.” 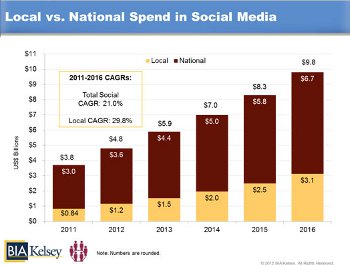 But is growth in social ad spending slowing down?  In 2010, $2.1 billion was spent on social advertising.  BIA/Kelsey predicted last year that social ad spending will reach $8.3 billion in 2015, representing a 31.6% CAGR.  What’s with the 10% drop in the growth rate?

“This is a natural byproduct of the growth of the social advertising market,” explained Jed Williams, BIA/Kelsey’s lead social media analyst. “With the market being bigger overall, revenues will accelerate at a decelerated rate compared to prior waves, where growth was more volatile. So, the rate of social ad spend may slow, even as the total revenues coming from social advertising increase.”

So while spending is indeed slowing with the maturation of the social ad market, social advertising won’t cool any time soon. 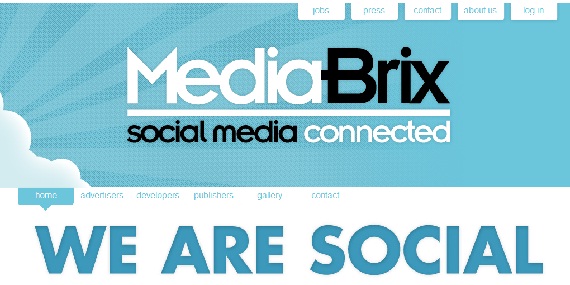 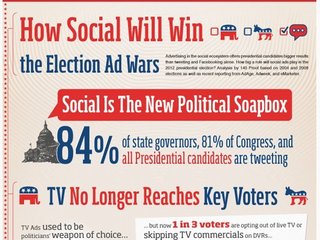