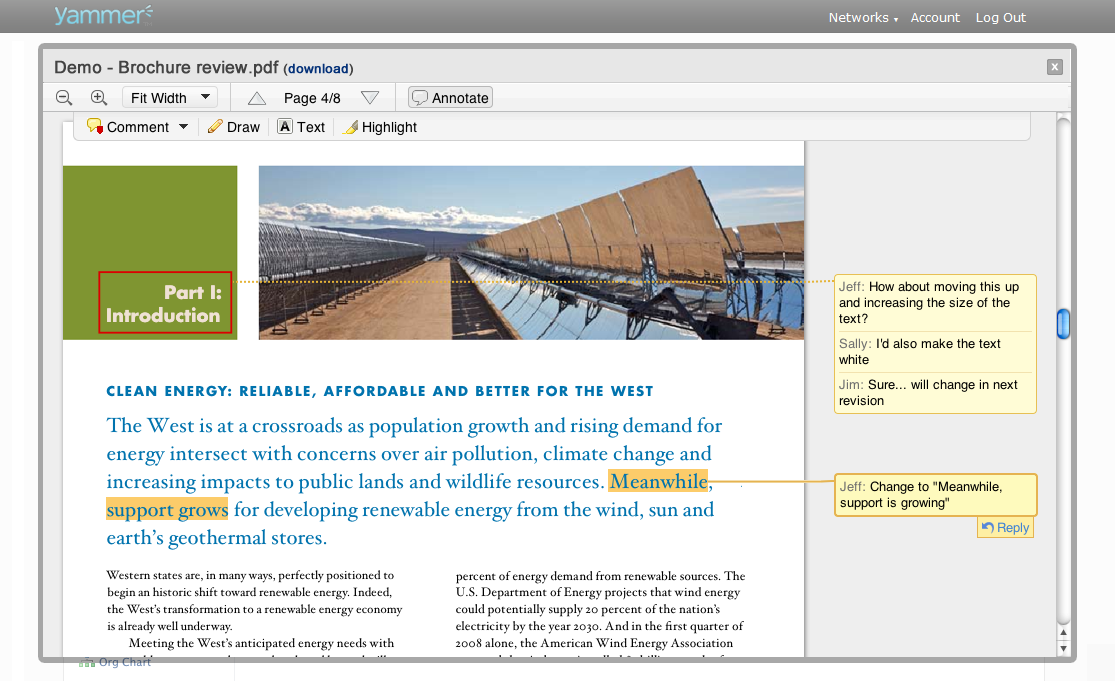 One of the ways people collaborate on documents today is to first download them on their desktops, edit them, and then email them to others or upload them to a cloud-based sharing service, like Box or Dropbox, where others can access them. Then the recipient downloads the documents, edits, and the whole process starts all over again.

It almost sounds so arcane, especially when so many activities are done in the browser these days.

Thanks to companies like Crocodoc, however, this is starting to change, as viewing and collaborating on PDFs and Word documents can be done in a Web browser! So long downloads!

Crocodoc announced Tuesday the launch of an enterprise service that allows companies to embed documents (Microsoft Office and PDF files) to be viewed in a browser or any mobile device, without having to download them. In hopes of getting traction fast, the start-up, which has about $1 million in funding from SV Angel, Y Combinator and angels, has signed on new customers, including Dropbox, LinkedIn, and SAP, that will be offering this service to customers.

"We're allowing companies like Dropbox to compete more effectively with Google Drive," said Ryan Damico, co-founder and CEO of Crocodoc, in an interview with me. Google Drive allows people to put documents in the cloud and access them anywhere.

For those who aren't familiar with Google Drive, you're probably familiar with the way gmail allows documents to be viewed rather than downloaded. The Crocodoc service is similar, but it also allows people to highlight and write notes in the browser and share it with peers. You can see an example of Yammer's use of Crocodoc above. Yammer is an existing customer that was the first partner to test out the Crocodoc service while the start-up was still focusing on being a consumer-facing product.

"Crocodoc was a consumer tool," said Damico. After conducting a successful program with Yammer, Crocodoc decided to pivot to focus on the enterprise. "What’s new about this launch is we’re focusing on the licensing aspect and partner integrations." By focusing on large corporations, Crocodoc has access to millions more users who will likely get exposed to the product.  “We’d have the most reach by working with the enterprises," said Damico, pointing out that Dropbox has 50 million users.

Crocodoc was founded in 2007 by four students from MIT. Damico, Peter Lai, Matt Long were undergraduates while Bennett Rogers was in graduate school.

As is the case with most start-ups, the initial idea evolved. Originally called Webnotes.net, the service allowed consumers to highlight Web pages. "Instead of bookmarking a page, you'd use Webnotes to highlight in yellow and add virtual sticky notes," Damico explained.

By winter 2010, Damico and his partners were accepted into the Y Combinator program. It was around that time the team released a new feature to upload a PDF document and edit it. That feature eventually saw a lot of traction, and eventually the team broke out the feature into its own company and named it Crocodoc.  The second version was rebuilt in HTML 5 and launched in February 2011 and launched as a consumer-facing product, which can be still accessed here. As of Tuesday's announcement, Crocodoc is now officially focusing on the enterprise. 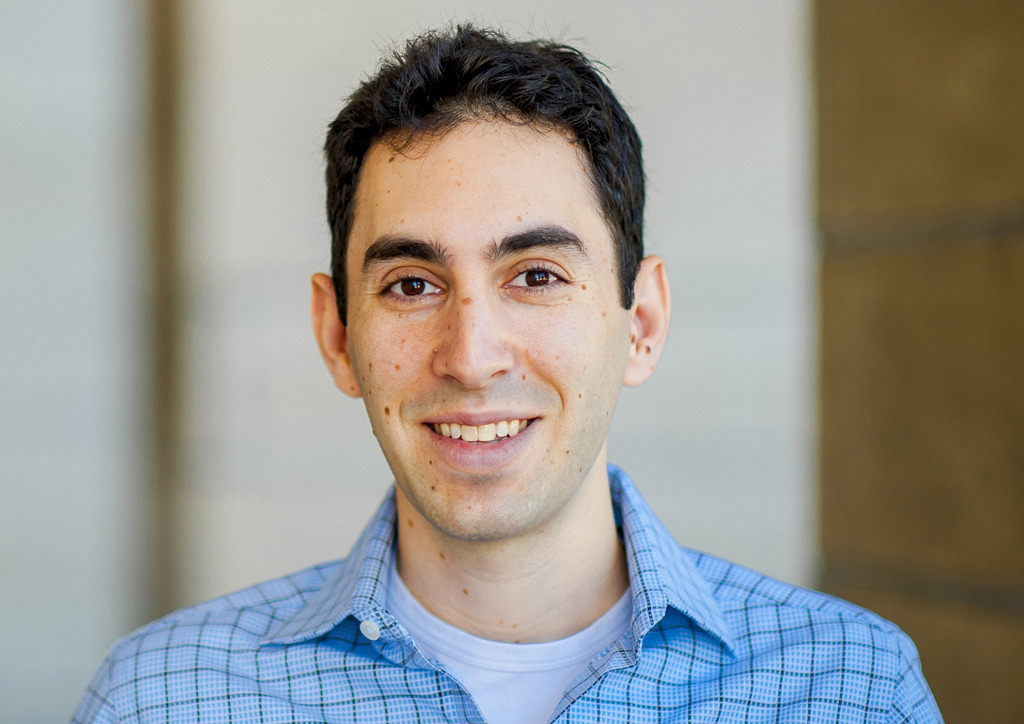 Ryan is the co-founder and CEO of Crocodoc. He holds a B.S. in Computer Science from MIT, was Crocodoc's first full-time employee, and currently oversees product design and business development.