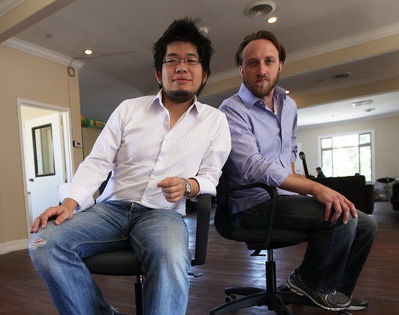 In the last year, most Silicon Valley denizens have known that Chad Hurley and Steve Chen - co-founders of YouTube fame - have been working on a venture, AVOS System, though the two have been relatively mum on their project.

Now the San Mateo-based start-up has some fresh backing from New Enterprise Associates (NEA), Google Ventures (both of whom led the round), with participation from Madrone Capital and Innovation Works, a China-based incubator. The new financing - the amount of which was not disclosed - was announced at The Next Web Conference in Amsterdam.

There's not much to gleen about AVOS, but the company says it's working on a new version of the social bookmarking site Delicious.com and a Chinese version of the service called Mei.fm. In the spring of 2011, Hurley and Chen bought Delicious.com from Yahoo, which owned Delicious for six years after acquiring it in 2005.

AVOS is also working on a magazine discovery and creation platform called Zeen.

Alex Kinnier, partner at NEA, and Gideon Yu, former YouTube and Facebook CFO and current president of the San Francisco 49ers, will be joining the company’s board along with Hurley and Chen.