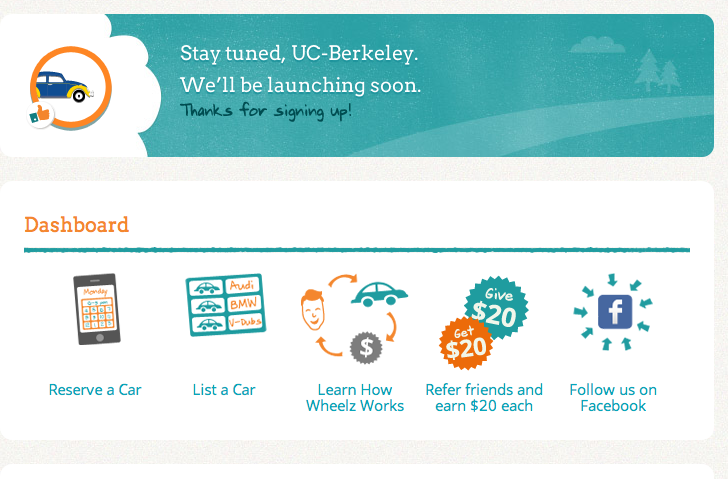 There's a race going on to be the best peer-to-peer car sharing service, with almost half a dozen getting fueled up with financing over the last six months. On Wednesday, yet another one got some fuel in the tank to take off, this time across college universities.

Palo Alto, Calif.-based Wheelz, a relatively new peer-to-peer car-sharing service dedicated to college campuses, announced Wednesday that it's received $13.7 million in a Series A round of funding, led by ZipCar, and participation from Fontinalis Partners, a transportation technology strategic investment firm based in Detroit. The new amount brings Wheelz total amount of funding to $15 million, including a $2 million seed round from angel investors, including Chamath Palihapitiya, who recently started his own fund called The Social+Capital Partnership, as well as Aydin Senkut (of Felicis Ventures) and Red Swan Ventures, run by Andy Dunn, the founder of Bonobos.

Wheelz is currently only avaiilable at Stanford University, where it launched last September. Next week, the service will be available at University of Berkeley, said Jeff Miller, the rock-climbing founder and CEO of  Wheelz, in an interview with me. Right now, the company has 25 cars available for rent at Stanford while Zipar has 40 cars on the Stanford campus, making the combined cars available for car sharing the largest across any school, said Miller.

ZipCar, which went public last April trades on the Nasdaq with an $860 million market cap, is a leading car-sharing company. By investing in Wheelz, it expands its market to include peer-to-peer sharing, one of the more popular areas of investments for venture capital in recent years.

Just last month, Ridejoy received $1.2 million in funding from Y Combinator to allow people to share rides with like-minded strangers. While Ridejoy focuses on helping car owners share rides rather than rent cars, it's very complementary to car sharing. In January, BlabaCar raised $10 million from Accel Partners, bringing the total amount raised to over $12 million. Back in August, RelayRides raised $10 million. Backers in RelayRides include Google Ventures and August Capital. Zimride raised $6 million in a Series A round, led by Mayfield back in September, after a year-earlier raise of $1.2 million seed round from Floodgate, K9 Ventures, and various angels. Another P2P site based in London with venture funding is Whipcar.

The big advantage that Wheelz has over competitors is its proprietary technology that allows car sharing to happen without drivers and renters ever having to meet to deal with keys. For car owners, they can list their car and set a price. The price range for rentals goes from $6.50 to $12 an hour, said Miller.

Then Wheelz will install a telematic unit in the car owner's car to enable the car renter to access the car without needing a key. There are several ways to access a car. A person can download the Wheelz app and use their mobile phone to open up the car. They can text a code to Wheelz, which then will automatically open the car door or they can pick up a member card at the school library or some location and use the card to open up the door.

The price the renter pays covers insurance and gas for 15 miles within a given hour. If a person goes over that allotted 15 miles in an hour, they're charged about 40 cents a mile. The telematic unit, which was designed by Wheelz co-founder and CTO Akhtar Jameel, can keep track of the miles used and the location of the car.

"We built the entire technology solution optimizing around the unique challneg of peer-to-peer sharing," said Miller.

At the moment, Wheelz is looking to expand to UCLA and USC this March. Miller would not talk about how many schools Wheelz was targeting by year end. But he did say that the college market is just the start.

For now, when joining, you need to have a college address. If you don't choose Stanford, Berkeley, USC or UCLA, Wheelz will ask you to give you a school, thereby helping them understand where there's demand for their service. You also have to provide your driver's license so Wheelz can be sure you don't have a bad driving record. 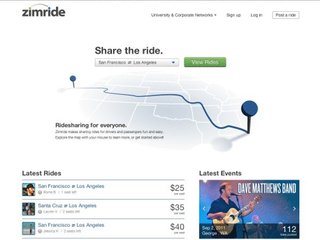 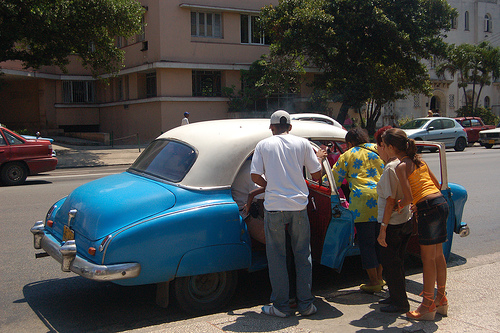 YC start-up Ridejoy gets mileage with $1.3M seed round