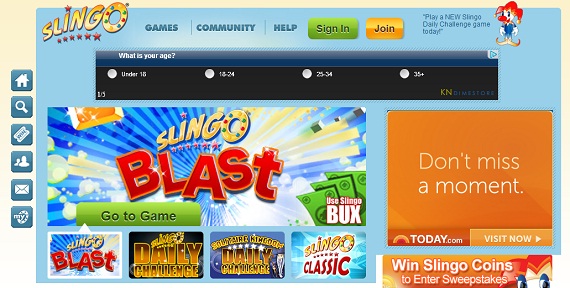 [Correction: We had originally stated that Zynga Slingo debuted Wednesday on Zynga's main site. It is actually debuting on Facebook.]

Online social gaming company Zynga has been hinting at a move into online gambling for a while now. And as the company announces a partnership with slots and bingo developer Slingo, they've taken one step closer to letting users double-down on social games.

Zynga has licensed Slingo's popular slots-Bingo game, which is also named Slingo, and will release it Wednesday on Facebook as Zynga Slingo, (another creatively named property), according to numerous reports.

Slingo, a game where users spend money to acquire game pieces and then spin a number generating slot machine to match against a Bingo-like card, first launched way back in 1996 and has been downloaded over 3 billion times across various platforms, notably AOL and Yahoo.

At today's launch of Zynga Slingo, the social elements that infuse many of Zynga's games, will be limited to friends-only leaderboards, and the ability to gift energy or powerups. However the company has indicated that it is testing a multiplayer feature where players can challenge one another to beat their high score on individual levels.

Zynga has also indicated that monetization comes from the sale of powerups and energy refills in the Slingo game.

The game doesn't exactly mean a definitive move into online gambling just yet. Online gambling is still illegal in the US, though the Justice Department has indicated that this could change for some states in the near future. Zynga confirmed in one report last month that it is, indeed, looking for partners in the online gambling field, like Slingo.

And in the company's conference call for its Q4 report on Tuesday, Zynga COO John Schappert called the prospect of online gambling as "a very interesting opportunity." You don't say!

So this partnership shows that things are on schedule and full speed ahead for Zynga to keep pushing into gambling, given Slingo's long history with computer casino gambling. Slingo currently has version of its eponymous game in casinos Bally's Atlantic City, Caesars Atlantic City, Paris Las Vegas, and Harrah's Reno.

Provided that US law opens the door, it really seems to be a question of when, rather than if, Zynga will start making gambling social games. Still, Zynga Poker and the company's Casino game suite will likely be a better candidate. The company has also indicated that Slingo will not be a part of their Casino suite. 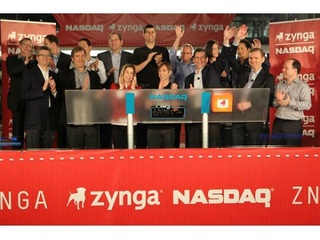