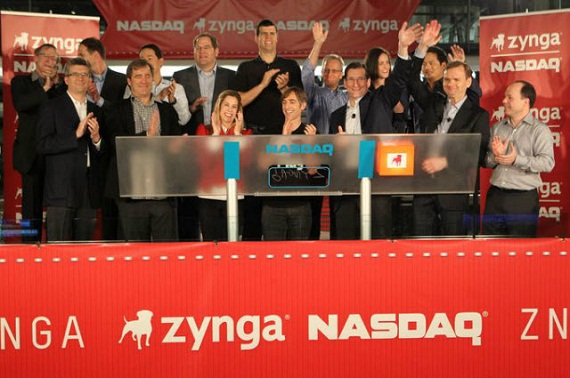 Zynga shares had risen 7.61% to $14.44 per share, leading up to the announcement. After announcing earnings, Zynga shares took a dive, falling 5% due to conservative outlook for revenue in 2012.

2011 saw full-year bookings of $1.16 billion for Synga, up 38%, and revenue of $1.14 billion, up 91% year-over-year. Zynga's projections for 2012 were for bookings to be in the range of $1.35 billion to $1.45 billion. The company indicated that growth would be weighted towards the back-half of the year with slower sequential growth in the first half of the year.

Zynga is a high profile tech company, in no small part because of their close partnership with Facebook. The gaming company accounts for about 12% of the social network's revenue, and since Facebook's $5 billion IPO, Zynga has experienced a Facebook "halo effect," witht the gaming company's stock showing much stronger traction than it had enjoyed since its own IPO.

Directly after going public, Zynga shares plummeted well below its already conservative $10 per share offering, hitting as low as $8 in January. But that has changed in the last few weeks, with shares growing 27% in the first two weeks of February.

Still in spite of recent growth, Wall Street analysts were mixed this morning before the announcement, as to how to proceed with trading. Five of the ten analysts following the company rated the stock as Buy or better, with four rating it a Hold, and one a Sell.

"CityVille, Zynga Poker, Farmville, and Words With Friends are among the top apps, according to AppData," said Doug Anmuth of JP Morgan. "Zynga maintains 6 of the top 7 game apps with EA's Sims Social being the only non-Zynga title. In Oct 2011, AppData altered its methodology for counting MAUs so 4Q comparisons to prior quarters are less meaningful."

BTIG Research sees potential for Zynga's growth in 2012, due to expansion into new game genres.

"Zynga appears to be eyeing an array of other verticals including Sports and Physics (think Angry Birds with its pull to launch “physics,” with Zynga leveraging its recent ZombieSmash acquisition), in addition to looking at the Cooking category as a potential way to expand its 'Ville' franchise," said analyst Richard Greenfield in his report. 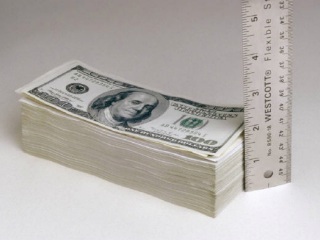