Thanks to Verizon, those red kiosks at the supermarket will soon be invading the Web 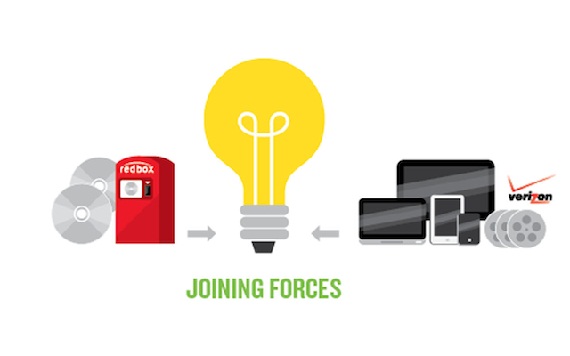 Verizon and Coinstar, Inc., the company behind Redbox, officially announced Monday their joint venture to enter the world of online video streaming, with the clear intent to offer competition to Netflix. Verizon holds a 65% ownership share, while Coinstar is reportedly throwing in an initial $14 million to the venture.

The word is that the new service will offer streaming video content, as well as access to Redbox's 35,000 kiosks, for a flat monthly fee.

Rumors have been swirling for the past few months that the top-secret project would launch sometime in early 2012. Now, according to the joint release, the as-yet-unnamed project will launch in the second half of 2012. While Details have been few, what is clear is that the two companies will "offer all of the convenience, simplicity and value of Redbox...combined with a new content-rich video on-demand streaming and download service from Verizon."

According to one report, the likely endgame in this venture will be to provide customers with "borderless" video content, or videos accessible on any kind of platform, in any kind of media. So the end product would be a service wherein one could find streaming video content for home computers, home gaming consoles, or mobile devices, or pick up DVDs or Blu-Ray discs from Redbox kiosks.

While Netflix's online streaming and snail mail video service has largely rendered obsolete the old, walk-in video store model, Redbox has offered a more immediate alternative to Netflix. While Netflix's mail services require a certain level of foresight from their customers concerning which content they want to watch, the Redbox kiosk offers a solution for the impromptu "let's go get a video for tonight" customer.

So if Redbox can effectively add a streaming option to their service, they'll only add to their competition with Netflix's model.

Netflix currently runs on the PS3, Wii, and Xbox gaming consoles; on a wide vraiety of different smart TVs and Blu-Ray players; and on iOS, Android, and Windows Phone devices. But as one of the world's biggest telecommunications companies, Verizon's stake in this new venture could prove massively diruptive.

The people behind the scenes, however, are keeping fairly hush-hush about the project so far. A conference call between several news sources and a representative from this joint Verizon/Redbox operation reportedly only went four minutes and offered no new information beyond the announcement itself. 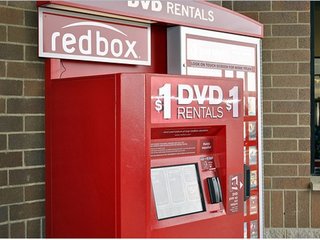