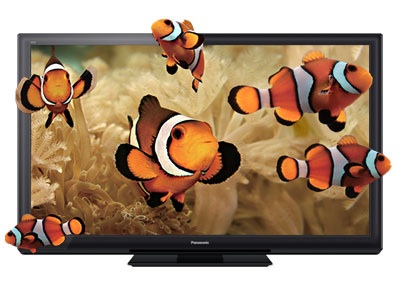 Last year, I finally made the switch from cable to onilne streaming by attaching a Roku box to my television. It's made my-once-dumb TV smart enough to stream shows from Netflix and Amazon, and has allowed my son to play Angry Birds on a 60-inch TV screen.

Apparently, I'm not behind the technology curve. Smart TVs and the new hardware and content available are the big news announcements to watch for at CES (Consumer Electronics Show) this year, which kicks off Monday.

In keeping with this smart TV theme, Ooyala and Panasonic announced that they are working together to deliver Internet content on Panasonic's new smart TV called Smart Viera HDTV. This means that publishers working with Ooyala, a video platform that provides a soup-to-nuts solution for video publishers, can soon be accessed on the new Pansonic TV. At the moment, not all Ooyala content from its 600 publisher partners is available. For now, The Country Network (TCN) will be the first publisher to take advantage of the smart TV platform.

"Panasonic's relationship with us is allowing them to work with more content providers," said Chris Wong, senior vice president of corporate and business development at Ooyala, in an interview. By having that relationship, they have the potential to make recurring revenue from content providers that give a bounty to smart TV makers who can drive new members to them. For instance, in some cases if a consumer signs up on Netflix via a smart TV, Netflix would pay a bounty for that new subscriber, said Wong.

To this end, TV makers no longer have to rely just on a one-time sale of the TV set.

For publishers like TCN, the move is also a positive one as it gets a potentially broader audience.

For Ooyala, Panasonic is yet another partner that expands its distribution into the living room. Ooyala also works with so-called over-the-top devices: Roku, Boxee, and Google TV, as well as game systems, Xbox and Playstation.