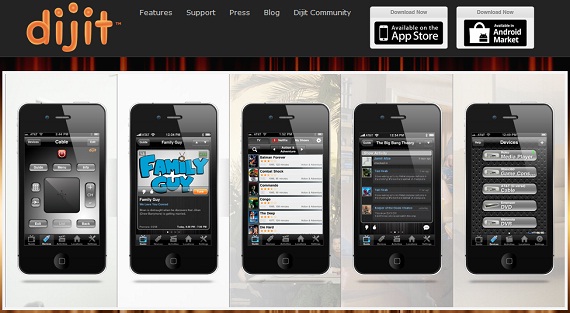 Since most aspects of human existence wouldn't be complete without an accompanying app, Dijit Media has produced one for for enhanced T.V. viewing. Available for iPhone, iPod Touch, and now for iPad, as well as Android devices, the Dijit Univesal Remote app turns mobile devices into a universal remote control, with program and movie guide features and social networking capabilites.

The free Dijit app functions with the Beacon universal remote, which employs a 360 degree infrared blaster that talks to the user's TV, or the Roku plug-in for smart television sets.

The iPhone version dropped in January of last year, while the Android versions shipped the following November. Now, the iPad app is here, making use of the tablet's larger digital real estate.

The iPod app works by creating a profile of the user, and then sets up an "entertainment console" that caters to relevant specifications. Users can find content they want to watch on a TV Guide integration feature, which brings up meta-content on TV content for the user to peruse, including upcoming episodes or related YouTube clips. The user can also use the app to link to friends or followers on social networks.

The Dijit app also has a universal remote control system, which highlights content within the user's profile and fully integrates with all of the user's audio/visual devices. Based on the demo I saw, this is the coolest part of the app. The user can actually create a customized digital interface, rearranging the buttons of the remote to personal specifications.

Dijit's app also integrates with the Netflix app, so if you have a Netflix device connected to your television, you can access and control it from your iPad.

Found in 2009 through venture funding, Dijit Media is based in San Francisco. The Digit Universal Remote app is the company's first product.

One Billion TV Apps Downloaded by 2015 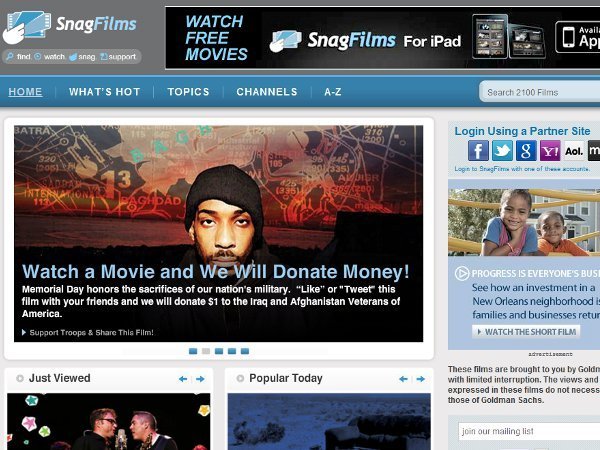 SnagFilms to stream via Roku