Time to IPO drops to 6.5 years from 8.1 years, according to new Dow Jones VentureSource report 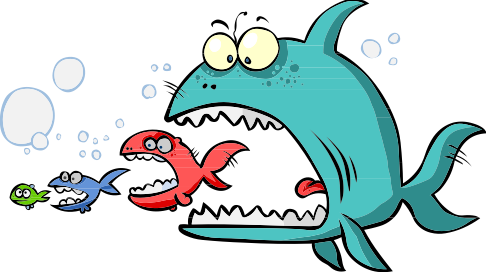 For the first time in five years, M&A activity in the fourth quarter slowed down from the prior three months, as more companies stretched out their funds, awaiting larger exit opportunities. And, while the activity was down, the deals that got done were at significantly higher valuations.

In the final months of last year, there were 103 acquisitions valued at $9 billion, making the fourth quarter the least active quarter of the year, according to a just-released VentureSource report. For the entire year, 460 companies were bought for $46.4 billion, down 13% from the activity seen in 2010. But the deals were valued much higher as the total amount spent for the purchases was 30% higher than the $35.6 billion spent in 2010.

The median price paid for a company catapulted 77% to $71 million last year, with the median amount raised down 12% to $17 million before reaching an M&A or buyout exit. The drop in funds reflect the lower start-up costs needed to start a company these days.

"Acquisitions of companies liquidating their assets were halved in 2011 and companies are benefiting from lower start-up costs by taking capital farther toward a larger acquisition,” said Jessica Canning, global research director for Dow Jones VentureSource, in a release.

The largest acquisitions in 2011 include Plexxikon bought by Daiichi Sankyo for $805 million, Medtronic's $800 million purchase of Ardian, Shire's $750 million acquisition of Advanced BioHealing and Electronic Arts purchase of PopCap Games for $732 million.

As for the largest transactions in the consumer technology space, PopCap was the largest, followed by Quidsi's sale to Amazon for $545 million, Tiny Prints $406 million sale to Shutterfly, Wal-Mart Stores $300 million purchase of Kosmix, and KAR Auction Services' acquisition of Openlane for $250 million.

From an IPO standpoint, the median amount raised to go public jumped 17% to $85 million last year. But the media time it took to reach an IPO exit fell to 6.5 years from 8.1 years.

In 2011, the number of IPOs increased slightly by one, but the amount raised was significantly higher. Some 45 companies raised $5.4 billion in 2011, up 63% from the $3.3 billion raised in 2010 from 46 IPOs. The difference in capital can be attributed to Groupon and Zynga's IPOs, which combined raised $1.7 billion.

At the moment, 60 U.S. venture-backed companies are in registration, with 13 filing just in the fourth quarter.

Combining IPO and acquisitions, there were 522 exits of U.S. venture-backed companies in 2011, down 14% from the prior year. The amount raised from those exits, however, rose 26% to $53.2 billion.