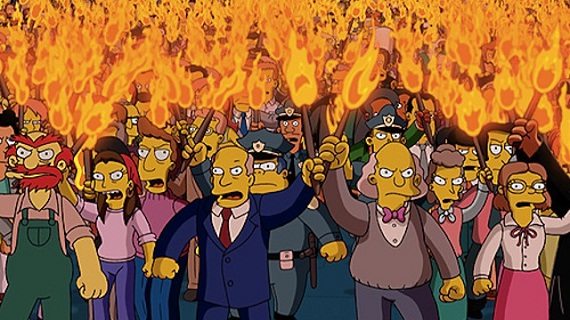 Well, now it seems Go Daddy has reversed their position, pulling their support of SOPA and joining the ranks of some of the biggest sites on the Web, including Facebook, Twitter, and Reddit. Go Daddy released a statement Friday, in which they detailed their new (mealy-mouthed) position.

"Fighting online piracy is of the utmost importance, which is why Go Daddy has been working to help craft revisions to this legislation - but we can clearly do better," said Go Daddy CEO Warren Adelman, in the company's statement. "It's very important that all Internet stakeholders work together on this. Getting it right is worth the wait. Go Daddy will support it when and if the Internet community supports it."

While many top websites have declaimed SOPA's, and Go Daddy's support of it, some are citing social news site Reddit in particular, for its strong anti-SOPA and anti-Go Daddy stance, even claiming Reddit as being the most instrumental voice of SOPA opposition as a catalyst to Go Daddy's reversal.

The Reddit community had called for a boycott of Go Daddy, planning a mass digital "walk-out" for December 29.

The suggestion for the Go Daddy boycott came from Reddit user selfprodigy. "I'm suggesting Dec 29th as move your domain away from GoDaddy day because of their support of SOPA. Who's with me?" wrote selfprodigy in a post, on Thursday, the same day Go Daddy had made their statement of support. Go Daddy had already been listed as a supporter of SOPA before this date. The comment elicited over 3,000 comments and well over 60,000 "votes."

Web host, and Go Daddy competitor, Name.com even contacted selfprodigy, asking him to notify his comment stream that if the code word "NODADDY" was dropped when registering with them, customers would receive a 10% discount.

Also cited in the withdrawal of Go Daddy's support of SOPA is the weakening of support by software trade group, the Business Software Alliance (BSA), an organization which have historically been very pro-enforcement of trademark law and which had originally supported SOPA. The company had released statements wavering in SOPA, and calling for alterations to it.

Prominent Russian Internet security company Kaspersky Labs had actually severed all ties with BSA, over their support of SOPA. Eugene Kaspersky said in a blog post, however, that his concerns over SOPA weren't necessarily about the harshness of the copyright laws so much as they only applied to American citizens.

"[U]nder this law, the interests of non-American authors/creators are not protected at all, while the nationality of the perpetrators is of no importance," said Kaspersky in his post.

Without the full support of BSA, Go Daddy stood as one of the only remaining major Internet presences that was standing by SOPA.