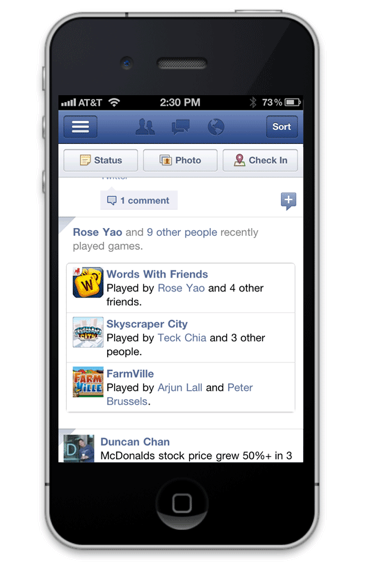 The social gaming ecoystem has had to evolve its business practices each time the 800-million strong Facebook changes its processes to complement the companies on its platform.

And, once again the landscape is about to shift.

Facebook announced that it is testing game stories in its mobile news feed to help developers use the recently launched HTML5 mobile platform.

In previous years, Facebook and gaming companies like Zynga, were very focused on the friend notification system (also known by me as spam) in order to easily raise game awareness outside the traditional advertising venues.

For those of you that remember getting endless requests to help build a barn or visit a virtual corner store, the concern for your mobile feed has started to set in.

According to the Facebook announcement, posted yesterday afternoon, this mobile gaming story system will not be as aggressive as the old notifications and will look more like a roundup that might say “Maggie Green and 5 other people recently played CityVille.”

Once a user sees this general update, they can then scroll to see which friends are playing and links to the games. Thankfully, this more general system allows people to interact or overlook the updates more easily than the old news feed notifications. 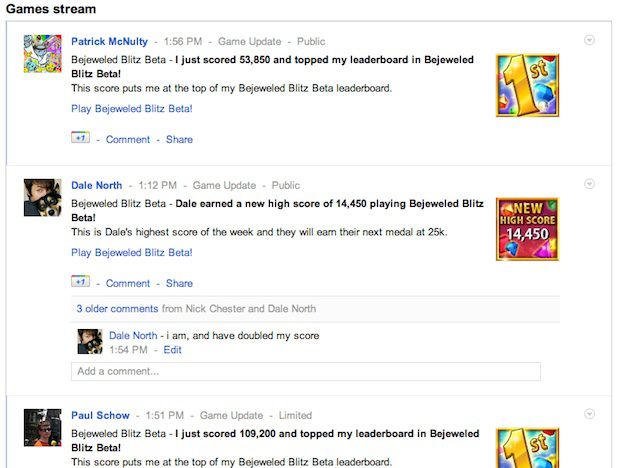 Some of the smaller gaming companies being played are excited by this earned viral campaign since it is a democratized way to increase brand awareness in the monopoly environment being created on Facebook -- many smaller developers can't pay the high advertising rates on the social network that sells much of its space to companies with large marketing budgets and is unattainable for the little startups.

Recently, Facebook announced a few other boons to its gaming market such as an expanded bookmark bar that will allow users six bookmarks (instead of the usual four) and a more instantly updated badge notification system that will let users see new alerts more prominently. 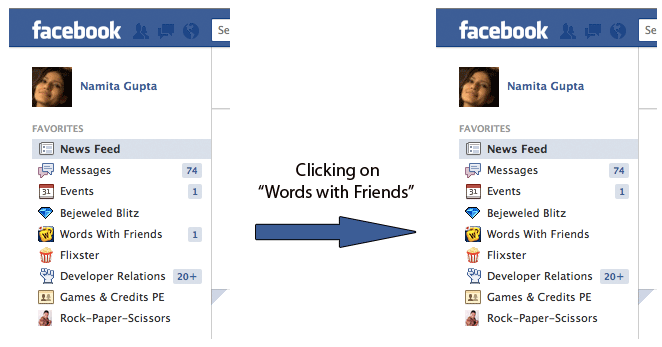 Facebook has also added new categories for the games to be saved and searched under, including: Casino, Family, Sports, Strategy and Word. Also the term "Role Playing" is now called 'Adventure' and "Virtual World" is now "Simulation."

The Facebook update also stated that earlier this year, the company hosted its first Social Games Hack at the Facebook headquarters and it resulted in some great game creation tutorials and monetization strategies that new developers can use in their creation process.

This renewed effort to spur greater growth in the gaming sector of Facebook is a vested push in bettering the revenue created by the popular social gaming market as the networking giant gears up for a spring IPO. As the company IPO looms, Facebook is expected to revamp and reinvigorate its revenue strength on multiple levels, in order to enter the public market as strong and confident as possible.

It could take a while for Facebook to find the happy medium between drowning users in gaming updates and tapping them on the shoulder to know what their friends are doing -- we all just hope they will use the push-back they received from their previous updates to navigate this change.