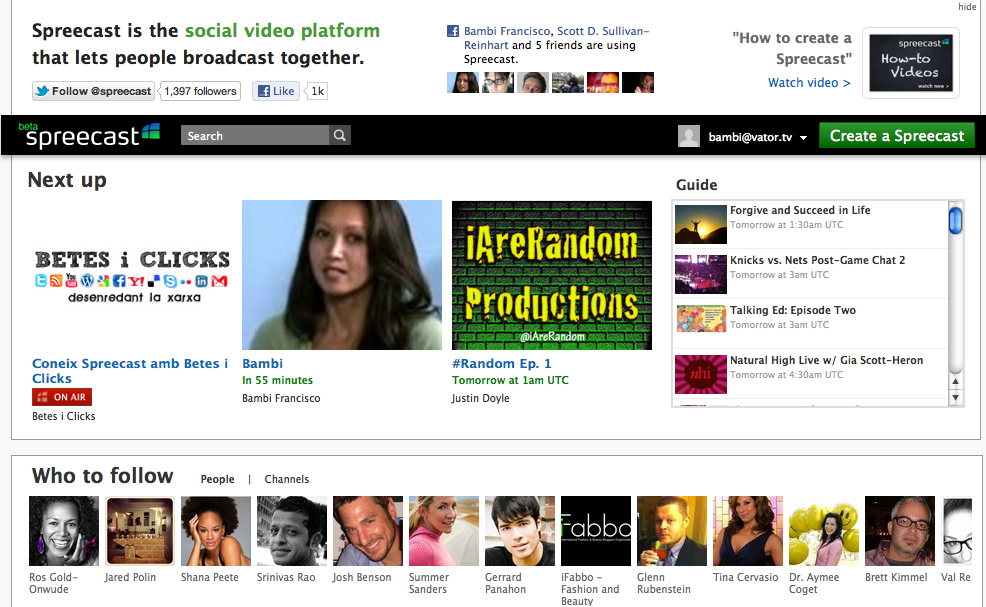 We do tons of video here at VatorNews. So, we're always looking for tools to help us conduct interviews remotely that's easy and affordable to use. One such servcie has recently emerged. It's called Spreecast. And, it's now on its way to ramp up.

Spreecast, which launched in public beta last month and is a service to allow people to broadcast together, announced Wednesday morning that it's raised $4 million in seed funding from some notable media executives, including Frank Biondi, former CEO of Viacom, Gordon Crawford, media and tech investor at The Capital Research Group and Edward Scott, founder of BEA Systems.

"Spreecast is a social video platform," said Jeff Fluhr, CEO and founder of Spreecast, in an interview with me. Prior to Spreecast and a couple years of angel investing, Fluhr was the founder and CEO of Stubhub, which he sold to eBay in 2007 for $310 million. (Note: Jeff will be speaking at Vator Splash SF this February 2. Get your tickets before they sell out.)

"The core experience is people use their cameras and they can broadcast pubicly and have others participate," said Fluhr. "Others can join or passively watch... It's like YouTube meets Skype with a little bit of Twitter," said Fluhr.

At the moment, text-based communications have taken off, Fluhr explained. But video and face-to-face interactivity is way behind. "All these social media tools are kind of lacking a very fundamental piece of social connectivity," Fluhr said, referring to video and pointing to a statistic that 40% of Skype calls are conducted using video. .

Another way of looking at this trend toward video communications is to consider that people are becoming more transparent as they take their conversations through Twitter and Facebook in text. People will eventually do more of this in video, he said.

"My thesis is because you've seen this huge shift in text-based communications, you'll see it with video," said Fluhr.

How does it evolve?

Currently, the system is used in many different ways. Celebrities and athletes are using the site to communicate with their fans. Journalists can use it to conduct interviews. (Note: Be sure to catch my interview with Fluhr on Spreecast at 11 am PST).

The catch for now is that you can't embed the player on your site. You'll have to watch that interview on Spreecast. But the option to embed will be available in January, said Fluhr.

As can be expected, advertising is the likely form of monetization. But it doesn't sound like Spreecast intends to be a destination for shared broadcasts, like YouTube is a destination for home-made videos, snippets of shows, and now original content. Rather over time, Spreecast wants to work with media companies to have them use the video platform to create interactive broadcasts as an adjunct to their regular programming as a way to get celebrities to connect with their fans. 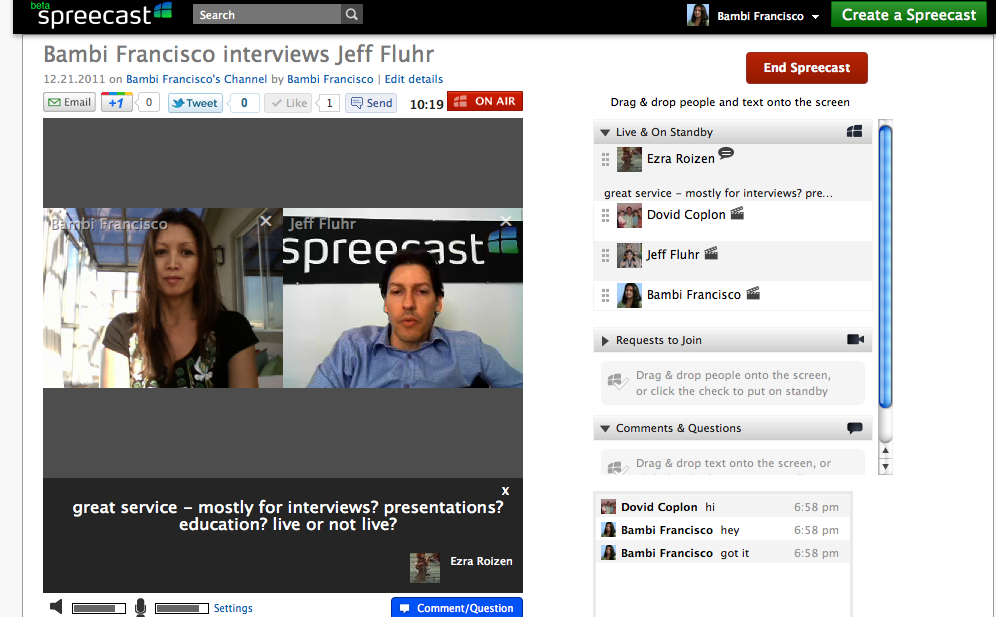