Carrier I.Q. to be disabled in Sprint mobile devices 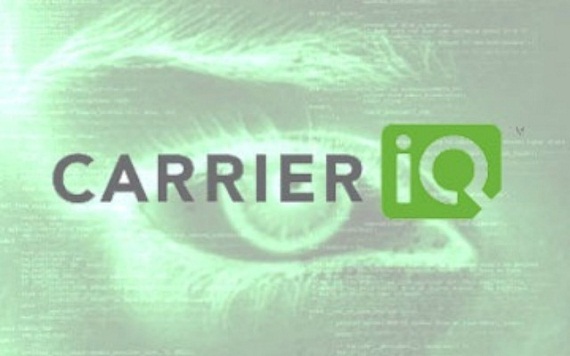 Sprint has confirmed a rumor that it would disable the use of a controversial preinstalled software suite, Carrier I.Q., which collects and analyzes sensitive user information, in all current mobile devices.

A firestorm has risen over the past few weeks over what some see as blatent privacy violation surrounding the wide use of mobile software Carrier I.Q., which collects, analyzes, and employs personal data from individual mobile users for purposes of quality-of-service.

The Carrier I.Q. software is capable of logging user keystrokes, recording telephone calls, storing text messages, tracking location, all without users "opting in." In fact, not only is the software not an opt-in feature, but it has proven difficult, and in some cases impossible, to switch off.

Those mobile companies rumored to use Carrier I.Q. have insisted that its use is for network diagnostics and to enhance user experience, and those that have positively admitted to using the software have, in addition, have blamed U.S. mobile carriers as being the culprits behind its use, saying that mobile carriers require the software.

Despite mobile companies' reassuring of their customers that Carrier I.Q. does has not misappropriated personal data, reports have emerged that the F.B.I uses the software for "law enforcement" purposes, which many would argue violates laws concerning illegal searches.

A reporter with Muckrock News went so far as to make a Freedom of Information Act request concerning Carrier I.Q. This request was denied on grounds that it would "interfere with enforcement proceedings."

FBI Director Frank Mueller subsequently sat in front of a Senate inquiry to answer for such reports, stating that the F.B.I. has "neither sought nor obtained any information from Carrier IQ in any one of our investigations." However under question by Senator Al Franken, Mueller admitted that he was unsure whether the F.B.I. had obtained information from wireless carrier companies, as opposed to obtaining information from the Carrier I.Q. software, or mobile users themselves.

Additionally, Senator Franken wrote letters to Sprint, AT&T, and several other mobile companies asking for details concerning their use of Carrier I.Q., receiving a response from Sprint, which stated that the company had been using the software since 2006 for quality-of-service purposes.

The two mobile companies which have been confirmed as currently using Carrier I.Q. are Sprint and HTC, though virtually every other major mobile company, including Samsung, Nokia, RIM, and Verizon, have been rumored to have it preinstalled in their devices. Apple has only admitted to using the software in the past.

Analysts have estimated that 140 million devices could be using the data collecting software.

Apple has gone so far as to make a statement that all future iterations of their mobile devices will not carry any form of Carrier I.Q. And now, Sprint has likewise confirmed a query by tech publication Mobile Burn that it will "disable" the software in Sprint devices, due to "customer concerns."

For those who would like to test whether their mobile handset for the Carrier I.Q. software, Systems Administrator Trevor Eckhart has devised an app to test just that. However, it should be noted that one report found that Mr. Eckhaert himself works for a tracking firm known to be a competitor of Carrier I.Q.