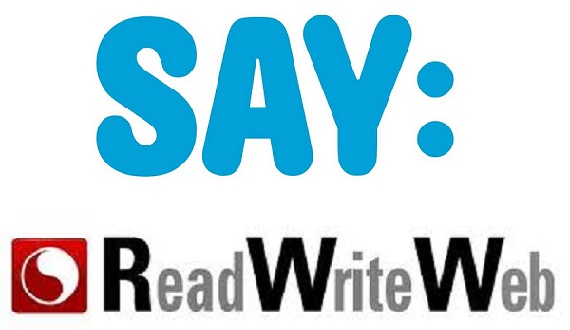 There's been a bit of drama over at AdWeek about a story about the acquisition of popular tech blog ReadWriteWeb. AdWeek writer Anthony Ha published a story reporting that SAY Media acquired ReadWriteWeb, but then the story was taken down, indicating that the announcement had been made earlier than either party would have liked.

The AdWeek story has since been restored, and ReadWriteWeb has made its own announcement. Adweek cited ReadWriteWeb's diminishing traffic as a possible motivator for its change in ownership.

Terms of the deal were not officially disclosed, though one report citing inside sources, puts the price of the acquisition around $5 million. Also reported, ReadWriteWeb employees are being asked to sign new contracts running through 2012. A redesign is expected to roll out sometime in Q1.

Said David Hornik, a partner at August Capital and a board member, said to VatorNews: "SAY is building out a network of thought leading media properties and ReadRightWeb has a big, engaged audience."

While recognized as one of the preeminent tech blogs on the Internet, ReadWriteWeb experienced a drop of about 70,000 page views for November 2011, as compared with November the previous year.

Also mentioned in Ha's story was that Dan Frommer, former tech writer for tech blog Silicon Alley and founder of tech blog SplatF, had been taken on as editor-at-large at ReadWriteWeb. SAY Media had stated in its release that current editor-in-chief Richard MacManus will continue to lead the publication's editorial team.

The news of the SAY Media acquisition and Frommer's placement as editor-in-chief came close on the heels of the resignation of Marshall Kirkpatrick as head writer at ReadWriteWeb, to develop a data platform and app called Plexus Engine.

SAY Media's president Troy Young has indicated that he may change the look of ReadWriteWeb, when it is incorporated into Say Media's publishing platform. SAY Media was formed in the merger of video ad network Video Egg and Six Apart in September 2010.

Based in San Francisco with several offices in North America, U.K., and Australia, SAY Media's digital publishing platform has a network of over 500 sites, reaching 500 million people around the world. ReadWriteWeb was founded in April 2003 by MacManus and has since, as stated before, quikcly established itself as one of the more serious tech blogs on the Web.

SAY Media has acquired several other websites this year, including digital agency Sideshow in June, dog owner community site Dogster in April, and home design site Remodelista in August. Terms for all three acquisitions were undisclosed.