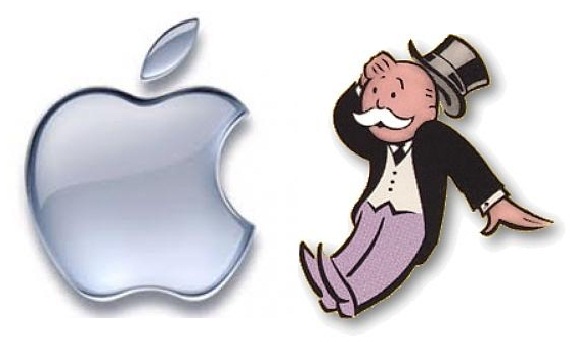 While having a "monopoly" in the eponymous Milton Bradley board game is nothing but a good time, having a company so big that other companies can't exist, never mind compete, can run afoul of antitrust laws.

In fact, European antitrust regulators are as of Tuesday formally investigating whether Apple, and the eBook publishers with which they release titles for the iPad, are engaging in anti-competitive practices.

The committee conducting the investigation, the European Commission, had released a statement in March 2011 warning that it had "initiated unannounced inspections at the premises of companies that are active in the e-book (electronic or digital books) publishing sector." The committee mentioned that such investigations did not indicate guilt but were a "preliminary step" in the suspicion of antitrust activities.

Also falling under the microscope of the European Commission's investigation are Apple's pricing plan for eBooks, released in 2010 at the time of the release of the iPad. Publishers releasing eBooks for the iPad can set the price of their books in the $12.99 and $14.99 range.

When eBooks initially broke, Amazon innovatively established the practice of distributing electronic texts at wholesale prices. However, after Apple established itself as an eBook seller on an "agency" platform, offering slightly higher prices set by the publishers. This model, allowing publishing agencies to set their own eBook prices, allows slightly more expensive print copies to stay competitive with eBooks, and prevents eBooks from "cannibalizing" their own publishers.

Amazon was pressured to switch to the "agency model," perhaps most notably by MacMillan, which struck a deal to publish eBooks with Apple but refused to publish with Amazon until it could offer their title at "agency" prices. Amazon switched to the "agency" pricing only two days after MacMillan had revealed that they wouldn't do business with them.

It should be noted that under the "agency model," the publishing companies actually receive a smaller portion of the list price than they would under Amazon's wholesale pricing plan. However, they also retain much more control over how eBook prices are determined.

As stated before, these "agency" pricing plans practiced by Apple for iPad will also be under investigation by the European Committee.