About a year ago, Salesforce snapped up Heroku for $212 million in cash, leaving Engine Yard to be the leading stand-alone Ruby platform for developers. Has Heroku gotten stronger under the Salesforce umbrella? I spoke with John Dillon, CEO and founder of Engine Yard, about Engine Yard's competitive edge again Heroku and whether Engine Yard would exit in the same manner and which companies would make sense to be acquired by. "A lot of companies who don't know the cloud will buy their way in," said Dillon, predicting a lot more M&A to come.

Watch the interview for Dillon's answers as well as his outlook on revenue. So far this year, Engine Yard has seen a 150% year-over-year growth in sales and it has 20 times more revenue than Heroku, according to Dillon. Heroku is said to be generating $2 million in annual sales.

Engine Yard is the leading Platform as a Service (PaaS). With deep expertise in Ruby on Rails and PHP, combined with powerful orchestration, deep community involvement and world-class service, Engine Yard empowers businesses to build and run cloud-based applications easily and cost-effectively. Thousands of customers, from explosive-growth Web startups to Fortune 500 enterprises, rely on Engine Yard for agile deployment and scaling, high performance, and 24×7 uptime, allowing them to leverage the cloud for competitive advantage. Headquartered in San Francisco, Calif., Engine Yard is backed by Benchmark Capital, New Enterprise Associates, and Amazon.com. 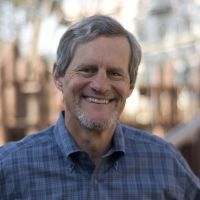 John has delivered several successful exits as CEO of well-known technology companies including Salesforce.com and Hyperion as well as Navis, the leading provider of shipping logistics software. 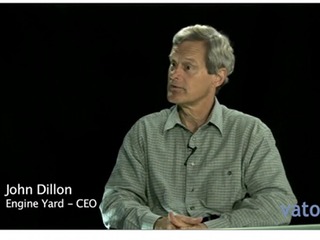