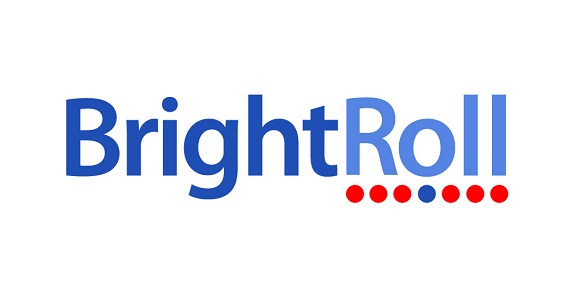 BrightRoll is a company that expedites advertising solutions. They research target demographics for a given publication and distribute ads to publications based on that research, with a focus on Web applications of video ads. The company calls itself the world's largest and most trustworthy video ad network, with over 150 million unique views per month.

What's more the company can boast impressive growth. BrightRoll'sad revenue has doubled every year for the past three years, with expectations for it to pull in $50 million in 2011. The company employs 150 people, up from 30 at the beginning of this year. Based in San Francisco, BrightRoll has recently opened offices in U.K., Canada, and Germany.

BrightRoll manages 2.5 billion video ads per month, which figures to about one out of three video ads served in the US. The company touts itself as reaching more unique viewers than Hulu, ABC, CBS, FOX and NBC combined.

BrightRoll has benefited greatly from huge growth in online video advertising, which is up 42% over the first half of 2011. And online video ads are expected to only grow more pervasive into 2012, with one survey conducted by adap.tv showing that 92% of respondents had an average of 19% growth in engagement of interactive video advertisements.

This same survey showed that 75% of responding advertisers achieved their objectives through third-party ad-targetting data.

BrightRoll expects to use this most recent fund to further expand into mobile video ads. In September 2010, the company launched a feature where advertisers can execute both mobile and online video ad buys through a single platform. BrightRoll's current mobile network has over 250 million monthly video impressions across 6,000 mobile apps and websites.

As more and more users are transferring web use to their mobile devices, BrightRoll has taken an interesting approach to adapt its mobile advertising platform. Its strategy has been to show video ads, not only before videos, a method that as long been employed by such sites as YouTube, but before all content.

“We are delighted to partner with Trident Capital as we enter into our next stage of growth,” said BrightRoll CEO Tod Sacerdoti in Tuesday's press release. “Bolstered by this additional funding, we’re confident our combination of unmatched access to industry data, proprietary technology and research leadership will enable us to consistently provide the best solutions for clients.”