The company gets support from Mayfield Fund, Translink Capital, and Red Hat 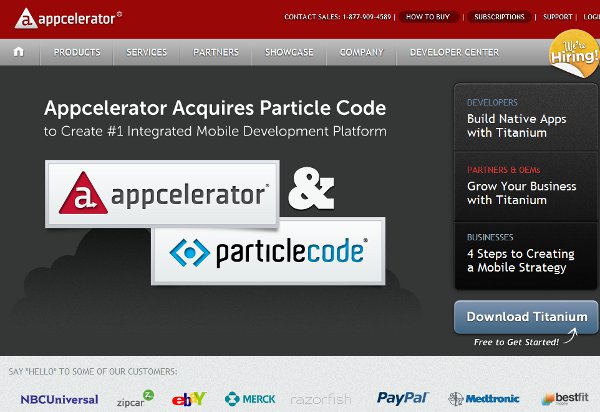 Open source app development platform Appcelerator announced Tuesday that it has raised $15 million in a round of funding led by Mayfield Fund, Translink Capital, and Red Hat, with participation from existing investors eBay, Sierra Ventures, and Storm Ventures.  The new round brings Appcelerator’s total raised to $31.5 million.

With over 30,000 apps and 30 million devices in its portfolio, Appcelerator has laid claim to the title of the largest mobile app development platform for the Apple and Android marketplaces.

And it has the numbers to back it up.  Since its last round of funding in October 2010, the company has seen some explosive growth.  In one year, the company has grown to 100 employees from 17, and has grown its customer base tenfold to 1,000, up from 100 this time last year.  Developers in Appcelerator’s ecosystem now number 1.6 million.

Appcelerator’s VP of marketing, Scott Schwarzhoff, tells me that by the end of the year, the company expects to have 1.7 million developers and over 40,000 apps on 40 million devices.

“The international demand for Appcelerator’s products is enormous,” described Toshiya Otani, managing director of Translink Capital, in a statement.  “Android and iOS are surging in Asian markets and there’s a need by large OEMs, Systems Integrators, and multi-nationals in Asia to align themselves strategically with Appcelerator.  We are actively working with Appcelerator to secure major international strategic partnerships that have a global footprint.”

Otani will also be joining Appcelerator’s board of directors.

The company says that over half of its demand is currently coming from Europe and Asia, and to meet that demand it plans to open an office in the UK in early 2012, and is working with Translink to move into Japan, Korea, and China.

Additionally, Appcelerator says it plans to use the funds from this round to strengthen and expand its flagship development platform, Titanium.  Last week, the company announced its acquisition of Particle Code to add HTML5 mobile Web and gaming capabilities to the platform.  The company also acquired Aptana in January to allow developers to build rich native applications that can integrate easily with the cloud.