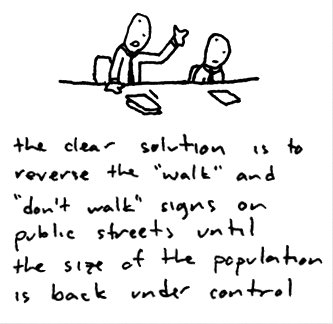 We are no longer a global family of six billion.  The world’s population has officially reached seven billion people (give or take 50 million or so).  While that may strike terror in the hearts of environmentalists and others who fear for the planet’s limited resources, it puts some other numbers into perspective.  Let’s bust out some stats!

Of those seven billion people milling around the planet, over two billion are Internet users.  Of those two billion, nearly one-quarter (450 million) are Chinese citizens.

What about social media?  With 800 million users (and some saying that number is quickly approaching one billion), Facebook now has nearly one-seventh of the global population on its site.  That’s one out of every seven people on the planet with a Facebook profile!  (The holdouts: those not yet tall enough to reach the computer keyboard, those with a persistent suspicion of them interwebs, and my mother-in-law.)

But there’s probably only one Internet company that’s more ubiquitous than Facebook, and that’s Google, which announced over the summer that for the first time ever—among any Web company—Google reached more than one billion unique visitors in one month.  That’s one out of every seven people who either ran a Google search, checked their Gmail, or logged into YouTube to watch a silly cat video in the month of May, according to comScore.

And you can’t talk about ubiquity without including Apple in that mix.  Earlier this year, Steve Jobs announced that Apple has sold over 100 million iPhones to date.  While a great many of those iPhones sold are likely upgrades, let’s pretend for a minute that that number equates to one iPhone per person.  That would mean that one out of every 70 people on the planet has an iPhone.  Obviously, this number is much higher in certain countries than others.  In the U.S., for example, which has a population of 311 million, 38 million people own an Apple mobile device, which translates to about one out of every eight people in the U.S.

And finally, who can forget Amazon?  How many people are shopping online?  This one’s a little trickier, since Amazon doesn’t release numbers.  Earlier this year, Piper Jaffray analyst Gene Munster estimated Amazon’s total user base to be approximately 121 million.  That would mean that one out of every 57 people on the planet shop on Amazon.com.

The Internet is a marvelous thing, so let’s all take a moment to ignore the pressing realities of limited global resources and strained economies to give thanks for the Web.