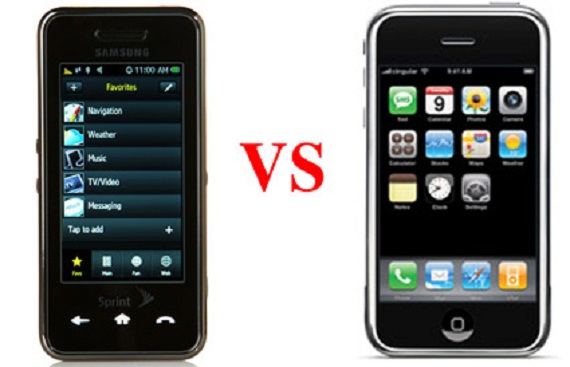 While Apple's iPhone may tout itself as the reigning king of mobile, Samsung can boast one cherry stat that puts Apple at second best. Samsung overtook Apple in number of mobile handsets sold in the third quarter, selling 28 million devices to Apple's 17 million.

Samsung hasn't officially released its numbers. This figure was an estimate made by Daiwa Securities analyst Jae Lee while talking to the Guardian UK.

Samsung brought in $13.5 billion in telecommunications this quarter, which is up 37% from last year. This was undoubtedly due in part to the company's release of the Samsung Galaxy S II, which recently swept the Best New Mobile Device category at the 2011 Best of 4G Awards ceremony, winning three awards in all.

Samsung also predicted strong smartphone sales in the coming quarter, with new models debuting in November. Apple, in turn, predicted huge numbers for their holiday season, projecting in a statement an amazing $37 billion in revenue next quarter, as well as a prediction of a significant upswing in iPhone and iPad sales for next quarter.

Apple's Q4 numbers should reflect its record iPhone 4S sales, as well as what should prove a very lucrative holiday season. Apple executives are so confident in the company's performance in the next two quarters, that CEO Tim Cook and CFO Peter Oppenheimer said they expect to see record sales in iPhone and iPads into the next quarter.

The competition between Samsung and Apple is also happening in the court systems worldwide, where the two companies are still in gridlock over alleged patent and "trade press" infringements.

Earlier this month, a judge in an Australian federal court granted a temporary injunction against sales of Samsung's Galaxy Tab 10.1 in Australia. The suit has to do with Apple's contention that Samsung "slavishly copies" the iPhone and iPad. Samsung had hoped to launch the new tablet model in time for the holidays.

"We are disappointed with this ruling and Samsung will be seeking legal advice on its options," said Samsung, in a statement. "Samsung will continue its legal proceeding against Apple's claim in order to ensure our innovative products remain available to consumers."

Rulings have also been made in Germany and the Netherlands that Samsung had appropriated intellectual property belonging to Apple. A U.S. lawsuit by Apple against Samsung was filed last April. Samsung appealed the Australian court's ruling, and has returned with lawsuits against Apple, claiming they infringed on patents for wireless communication technology.