Private transactions up 75% to $435M - SecondMarket

Wealthy individuals make up the bulk of the buyers

The appetite for private comany investments continues to soar. Private transactions on SecondMarket were $435 million in the first nine months of this year, up 75% from last year. In the third quarter alone, there were $167 million in private-company stock transactions.

Not surprisingly, the companies that saw a lot of interest were in the consumer Internet space. Nearly two-thirds of the completed transactions came from this sector, followed by 24% in financial services and 11% in retailing and commerce. 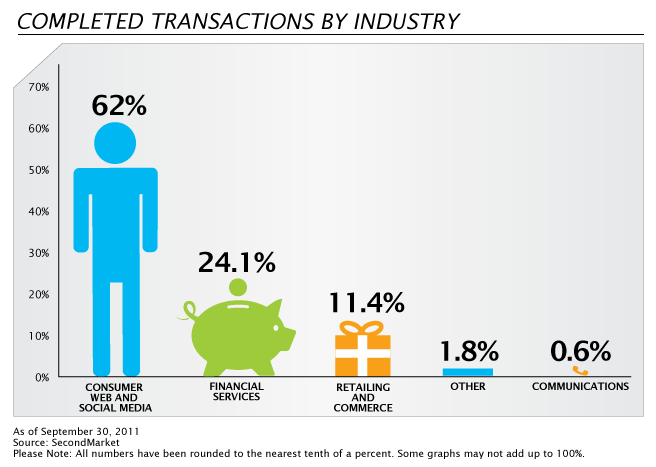 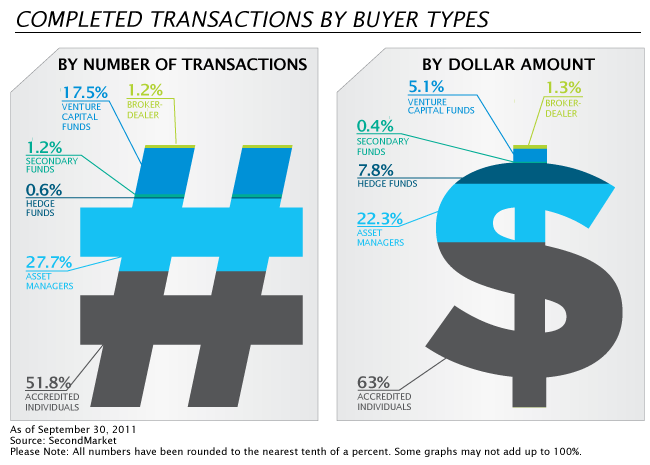 As has been the case for some time, ex-employees are the ones doing the bulk of the selling. 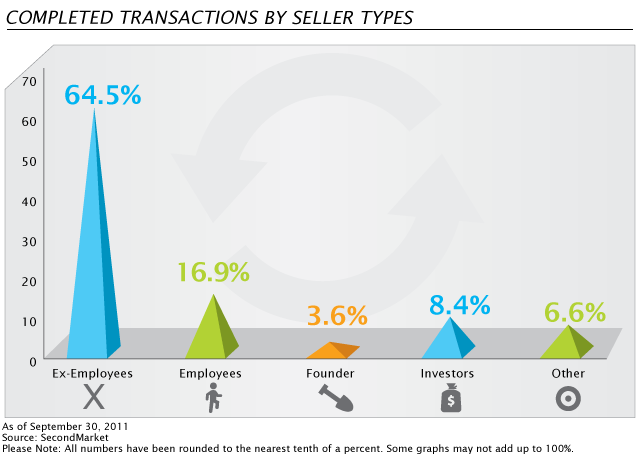 Which companies are the most widely-watch across SecondMarket? Not surprisingly, Facebook, Twitter, Groupon, Zynga and Foursquare are in the top five. 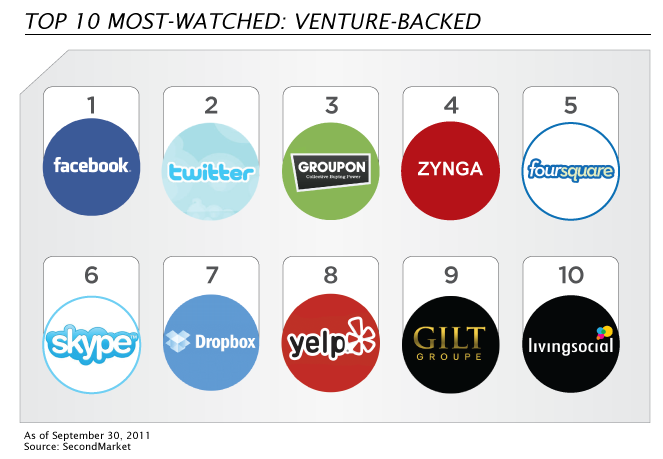