Workday Inc. is $85 million closer to revving its business solutions company into an IPO. This week several new investors, including T. Rowe Price, Morgan Stanley Investment Management, Janus Capital Group Inc., and Bezos Expeditions put their fiscal power behind the Pleasanton, Calif.-based HR and financial management giant in a sixth round of funding for the company.

This brings the total financial backing for Workday to $250 million and has some experts estimating the company worth at near $2 billion.

The investors behind this round of capital differ from most funding announcements because the sources are institutional backers rather than the tech-happy venture capital regulars.

"We believe the caliber of this group of investors underscores the market opportunity before us. The world's largest and most global enterprises are moving their business management solutions to the cloud," said Aneel Bhusri, Workday co-founder and CEO. "With this capital, Workday will continue to expand its core technology, products, go-to-market capability, and administrative infrastructure."

This move for more institutional funders, such as Amazon's founder and CEO, Jeff Bezos's personal investment company, changes the tenor of Workday's future and points to an imminent IPO, likely within the next 12 months.

Cloud computing is a clearly necessary business solution for all companies looking to scale their growth and make their content accessible globally -- and Workday has made a name for itself in that environment.

Bhusri made public the exceptional growth of his company, stating that it accumulated $160 million in billings for 2010 and is poised to double that mark for 2011.  Previously, Bhusri was the senior executive and co-chairman of PeopleSoft’s board before the company was taken over by Oracle. And months after PeopleSoft became a wholly-owned subsidiary of Oracle, Bhusri founded Workday to create a more adaptable version of what he had been working on prior.

The plan, Bhusri says, was to create the next generation of PeopleSoft’s software, or the next generation of SAP’s Human Resources and Enterprise Resource planning software — essentially, software that businesses need to run day to day. But rather than deliver it in the traditional manner — run it on machines at the customer’s location — it’s all delivered via the cloud. “It’s as if you were going to start over with a clean sheet of paper and design this kind of software all over again,” Bhusri says.

Workday's cloud-based reimagination of the standard SAP system has attracted more than 230 clients including a Salesforce.com, and its average client employs 10,000 individuals. 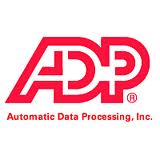 The Workday system is in the space with the payroll standard Automatic Data Processing, Inc. (NASDAQ: ADP), which has a mammoth clientele of 570,000, 60 years of experience and collects $10 in revenue annually. Other competition, including Lawson and Infor. 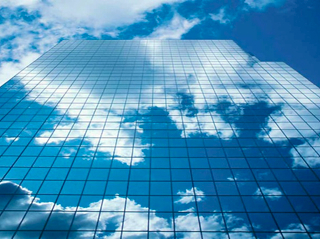