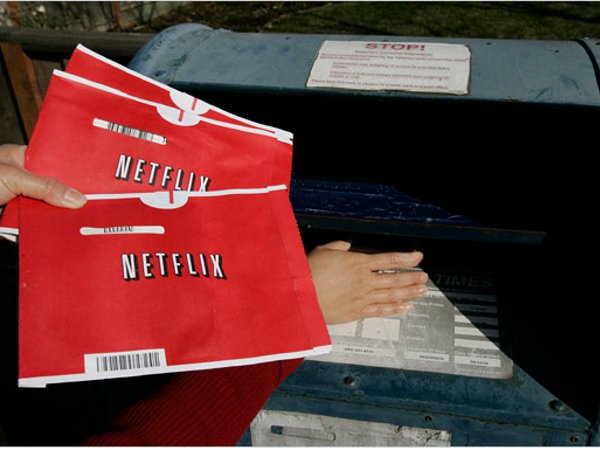 Netflix announced its third quarter earnings results Monday evening.  As expected, the company lost nearly one million subscribers in one quarter, dropping its domestic subscription rate to 23.8 million from 24.6 million—as it said it would last month.  But worth noting is the fact that last month, that projection included the number of subscribers Netflix would fail to acquire--meaning some 500K-600K would actually cancel, and another 500K would fail to join.  But third quarter results show that some 800,000 customers cancelled--far more than Netflix previously anticipated. Consequently, the company is lowering its expectations for Q4.

“Our primary issue is many of our long-term members felt shocked by the pricing changes, and more of them have expressed that by cancelling Netflix than we expected,” the company said in a statement.

While it stands by its price hike as necessary and justified—indeed, even saying that its prices are “very aggressive”—the company admits that its main failure was in moving too quickly.

Concessions and apologies are nice, but that doesn’t change the fact that subscribers are essentially being discouraged from signing up for Netflix’s hybrid DVD/streaming package, which is—presumably—costing Netflix customers and revenue.

“Why not reintroduce a combined streaming/DVD plan offering a discount for taking both?” asks BTIG Research analyst Richard Greenfield in a research note.  “Consumers not only hated the idea of splitting the DVD and streaming businesses completely, but they have also lost the value of an occasional DVD-by-mail.”

Specifically, Greenfield proposes a package that emphasizes streaming, but allows customers to get one DVD out at a time and limits them to two a month, or something similar (Netflix currently offers a DVD-only package for $5.99 a month that is limited to two DVDs a month).  It does make you wonder why Netflix turned its platform into an all-or-nothing Sophie’s choice…

But Netflix isn’t interested in offering a discounted hybrid package, as the company explains vaguely in its letter to shareholders: “About 7% of new members choose the $15.98 hybrid offering.  One could argue that this percentage would increase if we reduced the price for hybrid, but if we were going to lower prices, we would do it on streaming.”

Of course, during the Q&A session, it was pointed out that Netflix’s streaming selection is still far from ideal, as roughly 30% of its titles are new releases compared to Blockbuster, which boasts a 90% new release rate.

CFO David Wells had a strange response to this question: “Most of our users also use different services as well, like Redbox.”  Sooo…if I understand this correctly, users who don’t like Netflix’s streaming selection can get their preferred titles elsewhere?

Despite its series of missteps, Netflix expects cancellations to level off in Q4 and subscription rates to pick back up again in 2012.  Hastings noted in the Q&A session that the company saw a sudden surge in cancellations in September, following the implementation of the price hike, but cancellations are now declining and will soon fade away.