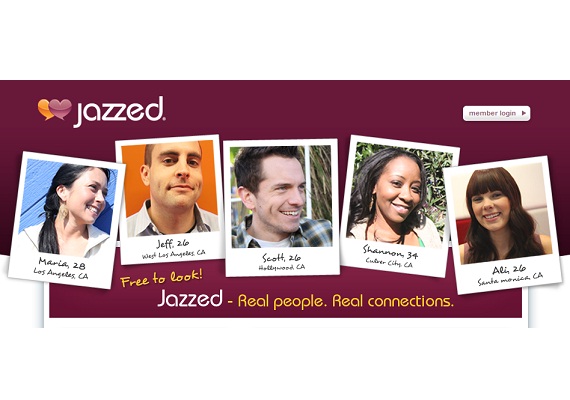 Inspired by apps like Instagram and Mobli, the new Jazzed app is a constantly updated gallery of members' photos. Photos are filtered by user preference, and can be set according to common interests, which users have common search criteria, and/or location.

The app has a strong social networking element, as indeed Jazzed itself seems to be basically a mobile, social networking wing of its parent company eHarmony. Users interact by liking or commenting on photos, with the most popular ones finding their way to the top of a given user's feed. Jazzed users can also share their Jazzed photos on Facebook or Twitter, via iOS5.

“Online dating profiles have followed the same format for the past 15 years,” said Jazzed Director of Technology, Carlos Moreno, via a press release. “We want to break that mold and introduce something new and innovative to the dating category starting with mobile. Mobile dating has to evolve to integrate social and sharing.”

An upcoming version of the Jazzed app will have a "search by tag" option, a feature due to launch in mid-November with the Jazzed iOS 1.5 update. With this option, users tag photos by subject and enable a search option, allowing other members to connect. This feature also will be available on Android and on the site itself.

Jazzed is a social dating platform by one of the world's biggest online dating services, eHarmony. It is free to join and browse accounts with a paid option, if users want to use the dating service. Launched in August 2010, Jazzed has 500k members, with over 250k downloads of its mobile apps. It is a subscription-based service with 52% of users in the 18-34 age demographic.

You can find a demo of the new Jazzed app at Jazzed.com/mobile.