Dish was reportedly the most desirable bidder, if not the highest 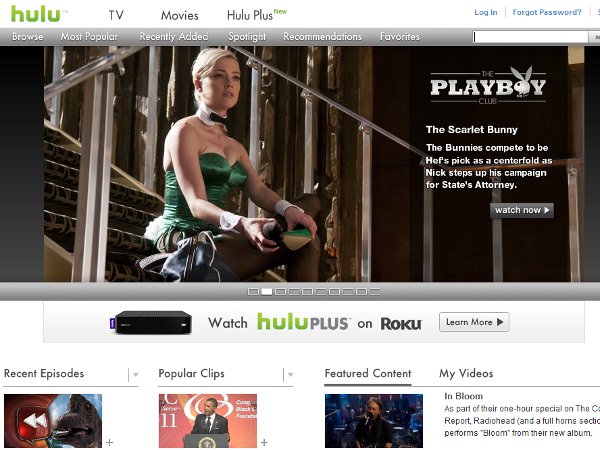 Could Dish end up becoming Hulu’s next owner?  Word on the street has it that Dish Network was the bidder with the most potential—not the highest bidder, interestingly, but the one with the least amount of conditions, according to sources who spoke with Business Insider.

The reports peg Dish Network’s bid at $1.9 billion, beating out Amazon and Yahoo, but Dish’s bid was less than half of Google’s bid of $4 billion.  BUT, Google’s bid came with a few undesirable conditions, such as more content available for a longer period of time, among other things.  It seems inevitable that Google also wanted something for Google TV, but the company did not respond to email inquiries from VatorNews.  Larry Page reportedly flew to Los Angeles to lobby on Google’s behalf for Hulu.

Dish Network would, no doubt, have plenty in store for Hulu now that it’s officially a player in the digital movie rental business.  Last week, Dish unveiled its new Netflix competitor, Blockbuster Movie Pass, which will allow customers to stream movies and TV shows for only $10 a month.  The catch is that 1) it’s only available to Dish subscribers, which means you have to pay $10 in addition to your regular subscription package, and 2) the streaming selection is still pretty limited with about 4,000 titles, only 3,000 of which are actually available to stream to your TV (the holidays are just a few months away.  Can’t you picture you and your family snuggling up on the sofa around the Yule log channel you’re streaming to your laptop?).

Interestingly, while Dish needs to be pumping up its content offerings if it wants to become a real competitor in the digital rental space, that’s not why it’s going after Hulu.  Rumor has it that Dish is more interested in Hulu’s technology.

If Dish ends up buying Hulu, it will be the second major acquisition Dish has made via auction this year.  Back in April, Dish was the winning bidder for then-floundering Blockbuster, shelling out a cool $320 million.

But Hulu may end up choosing not to sell at all.  Hulu’s owners—News Corp, Disney, Comcast’s NBC Universal, and Providence Equity Partners—were reportedly hoping to get $2 billion on their terms, but there were no takers this time around.

News Corp COO Chase Carey acknowledged in News Corp’s last earnings call that Hulu may not sell at all: “We’ll see where it ultimately ends up. And I think for us, it’s still a decision to see where — what it looks like at the end. Does it make sense to pursue that path or does it make sense for us to stay in an ownership position and continue to have it driven by content owners.”

Hulu and Google did not respond to inquiries from VatorNews.