It's never a dull day for the daily deal giant 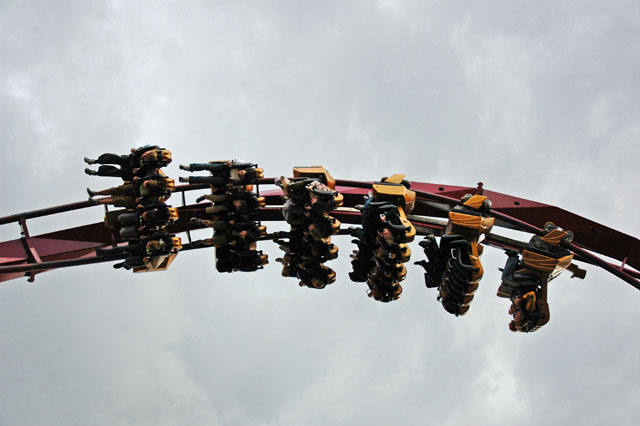 One of the year’s most highly-anticipated IPOs has become one of the more questionable. And, it's not because of the sluggish economy.

Late this week, Groupon submitted a restatement to its initial filing to go public that said it would change what it counts as revenue from gross to net—effectively cutting reported revenue in half. Coupled with this came the announcement of the resignation of chief operating officer Margo Georgiadis after just five months on the job.

This double dose of bad news will likely increase speculation over Groupon’s business model and finances, which have been under scrutiny since the daily deal leader filed to go public.

Under Groupon’s restatement of revenue, the company will count as revenue the value of a sale minus commission paid to the merchant. Previously, Groupon did not take into account merchant fees, instead counting the entire value of a sale as revenue.

For example, before restatement, a Groupon sold for a sailing lesson would be counted in its entirety toward revenue, though a cut of the sale goes to the merchant.

Groupon announced the restatement following discussion with the Securities and Exchange Commission, according to The Wall Street Journal. This change in calculation of revenue drops Groupon’s reported revenue for 2010 from $713.4 million to $312.9 million.

In tandem with the restatement was the announcement that Georgiadis will return to Google, where she was formally the vice president of global sales and planning. She will return as president for the Americas.

Groupon CEO Andrew Mason said that Groupon has expanded its executive staff by 57 percent since the beginning of 2011. “It would have been great if I could say that we batted 1,000%,” wrote Mason, In a blog post.

“But that’s rarely the case.”

He went on to share a note from Georgiadis where she wrote, “It was a hard decision to leave as the company is on a terrific path. I have complete confidence in the team’s ability to realize its mission.”

A person familiar with the situation said Georgiadis didn’t fit in at Groupon and Mason often went around her to other executive, according to The Wall Street Journal.

In the blog post, Mason said Groupon will use Georgiadis’ leaving as “an opportunity to reorganize in a way that reflects our evolving strategic priorities.” The sales, channels, international, and marketing departments will now report directly Mason.

Last year, Google offered Groupon a buyout of $6 billion but Mason turned it down in lieu of taking the company public. Friday’s announcements are just the latest in what has been a dramatic ride for Groupon since it filed its S-1 with the Securities and Exchange Commission June 2.

In late August, an internal memo written by Mason to company employees leaked to The Wall Street Journal’s AllThingsD during a quiet period when Groupon wasn’t allowed to make any public statements, per SEC regulations.

“While we've bitten our tongues and allowed insane accusations (like in the article above) to go unchallenged publicly, it's important to me that you have the context necessary to brush this stuff off," Mason said in the memo, according to report.

Mason was referring to an article that called into question the company’s accounting methods. The SEC is currently looking into the matter, but along with criticism over the possible breaking of regulations came criticism of Mason’s leadership style.

Two weeks after the memo leaked, Groupon told The Wall Street Journal that it had intended to go public after Labor Day but was reevaluating IPO plans due to stock-market volatility. The company also canceled its IPO road show.

Mason has been trying to lead Groupon to an IPO valuing the company into the $20 billions. The company came under scrutiny after its initial filing, however, because it showed Groupon as profitable using an accounting method frowned upon by Wall Street. When resubmitting its numbers in the form Wall Street prefers, the company showed that it was in fact, not profitable.

Groupon notes that revenue is growing this year, however, stating that revenue for the second quarter of 2011 was $392.6 million. This is over ten times the $38.7 million the company earned during the same period last year.

Though this is positive news for Groupon, it appears to be seen whether its turmoil or triumphs will resonate more strongly with investors should it IPO.