Depending on how frequently you check the social network, Facebook will show you different stories

Development of the Facebook platform is rapidly accelerating, and we’re not even at f8 yet.

Facebook announced Tuesday even more changes that affect how users will see stories hitting their News Feed, making the stream more organically tailored to the needs of each individual.

Everyone’s familiar with the front page of Facebook. You basically have a choice of two feeds: “News Feed,” which lists all the top stories in chronological order, and “Most Recent,” which brings in the latest developments on the site, also chronologically. It’s a solid system, but it doesn’t take into account the nuances of how different people access the social network.

“[I]t's not just the people you hear from that make your News Feed interesting. It also matters how much you visit Facebook,” explains Facebook engineering manager Mark Tonkelowitz in the announcement. “If you haven't returned in a week, you may want to see a summary of top stories first. If you've already visited several times that day, you probably care more about recent news.”

“Starting today, it will be easier to keep up with the people in your life no matter how frequently or infrequently you're on Facebook.”

People who check Facebook frequently, for example, will see the most recent stories first. The idea is that, if they’re on Facebook all the time, they’ll probably see all the top stories anyway. So the site will skip a step and just show them the most recent happenings.

On the other hand, those who visit Facebook less frequently probably only want to see those few top stories they may have missed throughout the week. So that’s what they’ll see.

In tandem with these new updates, Facebook is also launching the News Ticker (pictured), a hyper-recent feed on the right side of the browser that will show friend activity--comments, updates, shares--in real time. The ticker is adjustable so that users with bigger screens can see more at once.

Today’s updates follow two hefty ones from last week. First was Friend Lists, a new tool that automatically groups a user’s contacts in groups like “work” and “school.” The feature is widely seen as a challenge to Google+ with its prominent “Circles” feature. Second was Subscriptions, allowing anyone to subscribe to the public updates of any other user, without the two having to add each other as friends. This one was seeing as an attack on Twitter, the more public social network. 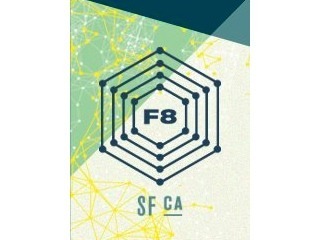