The Justice Department has launched an investigation into claims that eBay used its seat on Craigslist’s board of directors to steal proprietary information in order to launch its own competing classifieds service, according to a report from Reuters.  The allegations were first made back in 2008, at which time eBay and Craigslist each filed a lawsuit against the other, and now the DOJ is requesting documents and information from eBay and Craigslist, according to a subpoena issued by a federal grand jury last week.

In a nutshell, the allegations put forth by Craigslist accuse eBay of using its minority stake in Craigslist to obtain confidential information, including operating metrics and information pertaining to Craigslist’s decisions to launch in new cities.  The information was then used to build eBay’s competing service, eBay Classifieds in the U.S., and Kijiji in Canada.

The Justice Department could not be reached for comment.

In 2004, eBay bought a 28.4% stake in Craigslist for $32 million, which gave it a seat on the company’s board of directors.  Just four years later, Craigslist diluted eBay’s ownership to 24%, prompting eBay to file a lawsuit alleging its ownership had been illegally diluted.  Craigslist, in turn, filed a countersuit claiming eBay was using its ownership to steal data for its competing service.

“Every measure we have taken has been for the sake of protecting the long term well-being of the craigslist community,” wrote Craigslist CEO Jim Buckman in a blog post back in April 2008.  “Sadly, we have an uncomfortably conflicted shareholder in our midst, one that is obsessed with dominating online classifieds for the purpose of maximizing its own profits.”

Some of the details surrounding Craigslist’s claim came to light in the subpoena issued last week, including an incident in 2004 in which eBay executive Garrett Price requested Craigslist’s confidential operating metrics and then handed them over to an eBay employee who was working on eBay’s own classifieds service.

In another incident in 2005, eBay founder and Chairman Pierre Omidyar allegedly requested information about how Craigslist adds new cities, and asked for advance notice of Craigslist’s plans to launch in new cities.

EBay has issued the following statement on the matter: "eBay believes that Craigslist's allegations against eBay are without merit.  We will continue to vigorously defend ourselves, and we will aggressively pursue our claims against Craigslist."  The online auction giant has also said it will cooperate with the Justice Department’s investigation. 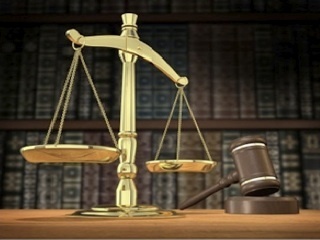 Why Craigslist beats out eBay