Songza launches with "playlists for everything"

A new cloud-based digital music service has launched to guide us out of the dark ages of paying for music.  Songza, a service that allows users to create and share music playlists in the cloud, launched Tuesday and announced an undisclosed amount of financing raised from previous investors, Deep Fork Capital, and an unnamed strategic investor.  Geoff Judge, co-founder of 24/7 Real Media, also participated in the round and joins Songza’s board of directors.

Acquired by Amie Street in 2008 (before Amie Street sold to Amazon last year), Songza allows users to create and upload their own playlists and access other users’ playlists from Songza’s cloud-based platform.  Touted as a service with “playlists for anything,” Songza features over 75,000 playlists created by other users, music labels, music experts, artists, and celebrities.  Over 14.5 million songs are currently circulating through the site.

The site features playlists for every type of mood (campy, atmospheric, introspective, aggressive, spacey, etc.) and activity (barbequing, cocktail party, drinking at a dive bar, getting high, etc.).  Other playlist categories include genre, decades, culture, and record-store clerk (playlists for record-store clerk include Indie Music That’s Not Too Weird, Obscure Genres, and When You’re Over Being a Music Snob).

The service is free with no listening limit, and users can listen from their mobile device with Songza’s iPhone or Android app.  The company is also in the process of developing an iPad app.

"We love Songza's unique approach to this market because it marries expert curation with the social graph to deliver users the right soundtrack at the right time for free," said Timothy Komada, Managing Partner at Deep Fork Capital. "Even the busiest music fan can have an excellent, personalized streaming music collection with Songza."

Songza is owned by the same team who created Amie Street, which allowed musicians to upload their music to Amie Street’s platform and allowed users to listen for free, while songs rose in price as they drew more listeners.  Amie Street was acquired by Amazon last September for an undisclosed amount. 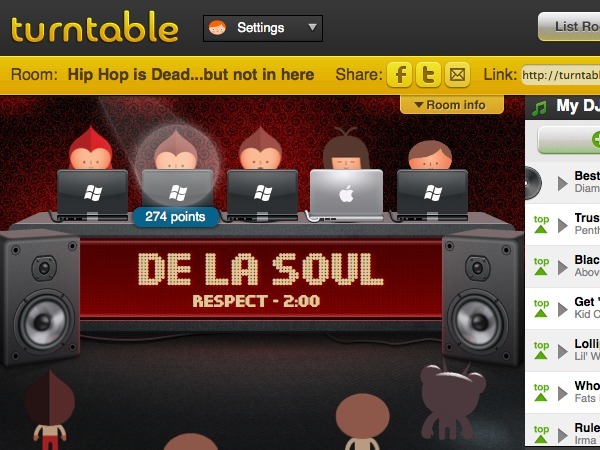