With the iconic Steve Jobs stepping down and the behind-the-scenes Tim Cook stepping up, many are curious—if not concerned—about where Apple is headed.  Will it lose its sexy sparkle?  Will it become another soulless, gear-grinding tech giant?  No, says Tim Cook, who reportedly sent out a letter to all Apple employees Thursday morning reassuring them that Apple is not changing course.  Ars Technica was the first to get its hands on the letter, which reads:

I am looking forward to the amazing opportunity of serving as CEO of the most innovative company in the world. Joining Apple was the best decision I've ever made and it's been the privilege of a lifetime to work for Apple and Steve for over 13 years. I share Steve's optimism for Apple's bright future.

Steve has been an incredible leader and mentor to me, as well as to the entire executive team and

our amazing employees. We are really looking forward to Steve's ongoing guidance and inspiration as our Chairman.

I want you to be confident that Apple is not going to change. I cherish and celebrate Apple's unique principles and values. Steve built a company and culture that is unlike any other in the world and we are going to stay true to that—it is in our DNA. We are going to continue to make the best products in the world that delight our customers and make our employees incredibly proud of what they do.

I love Apple and I am looking forward to diving into my new role. All of the incredible support from the Board, the executive team and many of you has been inspiring. I am confident our best years lie ahead of us and that together we will continue to make Apple the magical place that it is.

The letter has echoes of Jobs’ own letter to the Apple team back in January, when he took his final medical leave, writing: “I have asked Tim Cook to be responsible for all of Apple’s day to day operations. I have great confidence that Tim and the rest of the executive management team will do a terrific job executing the exciting plans we have in place for 2011. I love Apple so much and hope to be back as soon as I can.”

As for Apple’s course, it certainly isn’t changing direction any time soon.  The company’s product line should be set for at least the next two to five years.  And, as many researchers have noted already, Cook has been well-positioned to take the reins at Apple for a seamless change-over when Steve Jobs bowed out.

“This was a carefully planned and well orchestrated transfer of power,” wrote Jefferies analyst Peter Misek in a research note.  “During Job's third leave of absence that began in January, Tim Cook was effectively running Apple as COO while Jobs made the major decisions.”

So, Apple won’t be making any stark pivots any time soon, but it remains to be seen whether Cook will echo Jobs’ commitment to creating meaningful products through the convergence of science and the liberal arts. 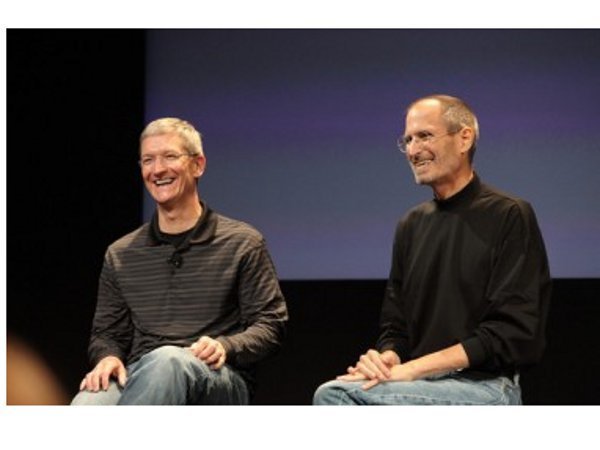