Who is Tim Cook and can he keep Apple moving forward without Steve Jobs?

Following Steve Jobs’ resignation as CEO of Apple Wednesday night, the headlines began pouring out with cliché phrases like: “end of an era,” and “the legacy of Steve Jobs.”  (I think I’ve seen “end of an era” like, eight times this morning.  It’s a pretty strong tribute to the man that people see his resignation as the official closure of the last fifteen years.)  So in my obligations to structuralism, I’m employing my own cliché headline: Apple going forward.  True: Steve Jobs is undisputedly a singular leader and can’t be replaced, but Apple isn’t dying with his resignation.  What’s on the horizon for the company and, more importantly, who is Tim Cook?

Apple stock dropped 5% this morning, which is to be expected, given that that’s about how much it dropped the last two times Jobs announced he was taking a medical leave.  Is it something to worry about?  Yes and no, says Bernstein Research analyst Toni Sacconaghi.

Obviously, Steve Jobs was the secret sauce that took Apple to soaring heights, so simply absenting him and replacing him with a stand-in will only keep Apple on its upward trajectory for so long.  “Steve Jobs has had a unique and powerful imprint on Apple that is irreplaceable by anyone,” wrote Sacconaghi.  Thus, in the longer term (two or more years out), “his full time absence could undermine the performance of the company.”

Why?  Because beyond product design, Jobs took an active role in many of Apple’s behind-the-scenes activities, such as marketing and deal negotiating.  He even had a hand in the design of the glass staircase in Apple stores and the various packages and cases in which items like the iPhone are sold.

Jobs’ legacy is that he was a visionary and an exacting CEO who demanded perfection from every Apple-owned nook and cranny.  And while he can’t be replaced, he has clearly groomed Tim Cook and the rest of the Apple management team to run Apple successfully without him.  “The upshot of Jobs' two [previous] leaves of absence is that it has left Tim Cook and his team well-equipped and proven in their capabilities of running the company,” wrote Sacconaghi.

So, who is Tim Cook?  He’s obviously capable of running Apple, but does he have the vision to continue its upward trajectory?  Or will he just keep it moving at baseline?

Various reports peg the 50-year-old COO as an exacting leader in his own right.  Born and raised in Alabama, Cook graduated with a degree in Industrial Engineering from Auburn University in 1982 and went on to get his MBA from Duke University in 1988.  Cook joined Apple in 1998 after a 12-year stint with IBM, and his primary responsibility was to whip Apple’s manufacturing, distribution, and supply chain back into shape.  He has since been in charge of worldwide sales and operations, including end-to-end management of Apple’s supply chain, sales activities, and service and support in all markets and countries.

Legend has it that shortly after he joined Apple, he called a meeting with his team to discuss a particularly hairy problem in China.  His solution: “someone needs to be in China driving this.”  Shortly thereafter, Cook turned to Apple VP of Mac Operations Sabih Khan and asked flatly, “why are you still here?”  According to Fortune Magazine, Sabih Khan stood up without a word, drove to San Francisco International Airport without a change of clothes, and booked a flight to China with no return date.

Such is the stuff of legends, so who knows how accurate that tale really is, but it paints a pretty interesting picture of Cook’s leadership ability.  His impact on Apple’s manufacturing and supply chain management has helped pushed Apple to what it is today.

Among Cook's contributions to Apple include his work to remove the actual manufacturing process from Apple's daily activities, working instead to solidify contracts with component suppliers.  His issue: inventory is bad.  And his efforts have made a noticable impact on Apple's efficiency and the amount of time inventory sits around, losing value.

“Even with the unfortunate events in Japan around the time of the iPad 2 release, Tim Cook was able to double or sometimes triple source component suppliers,” wrote Jefferies analyst Peter Misek in a research note.  “To date, no competitor has been able to gain meaningful share in the tablet market; and, in our view, Cook's leadership during the introduction was critical to this.”

Tim Cook is a good numbers guy, but one of the things that made Steve Jobs such a transformative tech CEO was his insistence on converging science and liberal arts.  Under Jobs’ leadership, Apple created products that were scientifically profound while also appealing to consumers’ other passions: social connectivity, music and entertainment, and more.  Jobs championed an interdisciplinary approach to innovation, and that’s what his successor will need to do as well.

So, can Cook deliver? 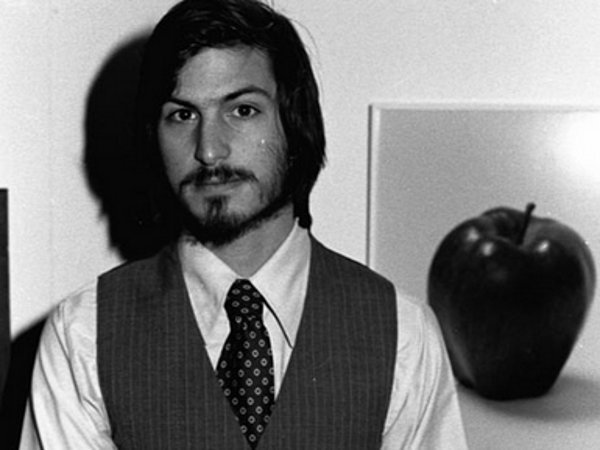