Social marketing is so awesome. Businesses love it, brands love it, even governments love it. Too bad some think it’s a huge invasion of privacy.

One state in Germany, an especially privacy wary country, is taking action.

Thilo Weichert, a data protection commissioner in the northern state of Schleswig Holstein, on Friday told state institutions to remove their fan pages from Facebook and, likewise, to eliminate the Like button from their own websites.

Weichert and his administration, the Independent Centre for Privacy Protection (ULD), found that such features are in direct violation of several German and European data protection laws, as they allow Facebook to track members and build “personalised profiles” of them based on data from around the Web.

Affected website owners in the German state are told they are to remove the conflicting pages and plugins by the end of September.

While many people around the world take it for granted that Facebook is the dominant social network, and often the easiest place to find people you know, Weichert doesn’t think that way. He’s all about alternative social networking services:

Nobody should claim that there are no alternatives; there are European and other social media available that take the protection of privacy rights of Internet users far more serious. That they also may contain problematic applications must not be a reason to remain idle towards Facebook, but must prompt us as supervisory authorities to pursue these violations. Users can take their part in trying to avoid privacy adverse offerings.

We firmly reject any assertion that Facebook is not compliant with EU data protection standards. The Facebook Like button is such a popular feature because people have complete control over how their information is shared through it. For more than a year, the plugin has brought value to many businesses and individuals every day. We will review the materials produced by the ULD, both on our own behalf and on the behalf of web users throughout Germany.

Coincidentally enough, photos on Facebook were a point of contention in Germany exactly a year ago, but for a different reason. Legislators had been considering passing a law that would prevent employers from scouring social media sites for information on potential job candidates. The law would have excluded professional networking sites like LinkedIn as well as generic Google searches. 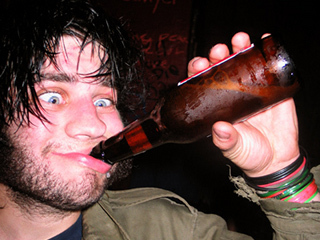