A week after its newest Facebook game launches, Zynga dives deeper into the mobile world

The purchase has not yet been confirmed by either company (we’re still waiting to hear back) but, if you believe what LinkedIn tells you, the deal is final.

Several Astro Ape employees have updated their profiles on the professional networking site so that their current employer is listed as Zynga, with Astro Ape down as a past employer. (Business Insider was first alerted about the changes by a tipster.)

For example, CEO Chieh Huang says he is now Director at Zynga NY. And CTO William Fong is now director of engineering at Zynga NY. Software engineers and graphic artists at Astro Ape have also updated their profiles with Zynga NY listed as their affiliation.

Astro Ape has so far developed a few games, including Office Heroes and Dessert Heroes for iOS and Vegas Strip City for Android.

If confirmed, Zynga’s purchase of Astro Ape would be yet another push by the company into the mobile environment. Additionally, the acquisition could be more noteworthy than other Zynga purchases simply because it may be about more than just grabbing talent.

Back in September 2010, Astro Ape received (an undisclosed amount of) seed funding from Japanese gaming giant DeNA, which has increasingly been making strategic strides outside of its home country. Less than a month ago, DeNA and its own American gaming studio ngmoco launched the Android-based Mobage mobile social network in English-speaking regions.

By buying up one of DeNA’s portfolio companies, Zynga might be cozying up to the massive, now international gaming force.

Besides this, the most recent news to come out of Zynga was the launch of Pioneer Trail on Facebook, a spinoff of FrontierVille modeled a bit after the classic Oregon Trail game. The company’s biggest news in recent memory, of course, was its early July filing to go public. 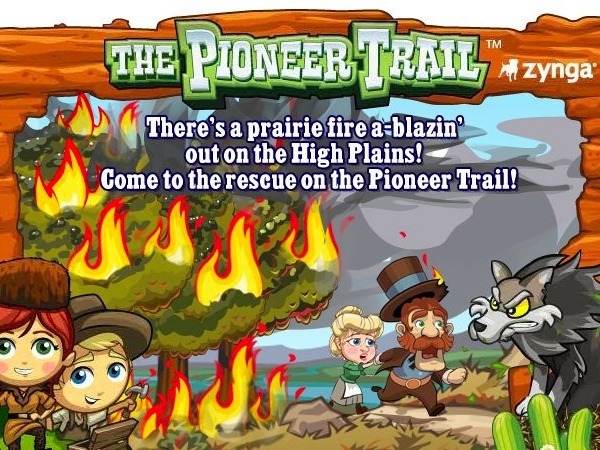