AOL to repurchase $250M in stock

News of AOL’s less-than-explosive second quarter performance couldn’t have come at a worse time, as investors treat the stock market like a bad boyfriend that you hate because he never calls you, but you just can’t stay away from because he looks so damn good in those jeans.

Shortly after AOL released its Q2 earnings report, which beat analyst expectations but nevertheless failed to inspire investors, the company’s stock tanked.  Shares closed on Wednesday at $10.22, compared to $13.34 on Tuesday and $15.10 on Monday.  On Thursday, AOL announced a $250 million stock repurchase program, which takes effect immediately (the release, which went out this morning, actually says the program takes effect August 10).

Under the terms of the program, AOL is authorized to buy back $250 million of its outstanding shares of common stock over the next year.  The company says that it will repurchase shares periodically based on market conditions, the trading price of the stock, and other conditions.  The repurchases may be made on the open market, in block trades or otherwise, and may include derivative transactions.  AOL also says that the program may be suspended or discontinued at any time.

Putting a positive spin on the repurchase program, AOL CFO Artie Minson explains: “This announcement highlights both our strong balance sheet and free cash flow generation.  We believe this is a unique opportunity to invest in our company.”

AOL announced its second quarter earnings on Tuesday, reporting higher-than-expected revenues of $542.2 million and a loss of $11.8 million, or 11 cents a share.  That should come as a pleasant surprise compared to the same quarter last year, when AOL reported a loss of $1 billion.  But while analysts had expected lower revenues ($535 million), they were anticipating that AOL would earn four cents a share on that revenue.

Despite finally seeing an increase in advertising revenue (the first in three years), AOL’s subscription revenues continue to decline, and that, says Citi analyst Mark Mahaney, is what’s dragging down the whole enterprise.

“AOL’s most vibrant and most loyal customers are also the dial-up access users.  They’re also people who search and who tap into display advertising.  So as the access business declines, so will the rest of it…it’s dragging down the whole thing,” said Mahaney in an interview with Bloomberg.

As to whether AOL can turn itself around, Mahaney conceded that “it’s possible, but not likely.  We’ve never suggested that it’s stock be a buy and we’re sticking with that.” 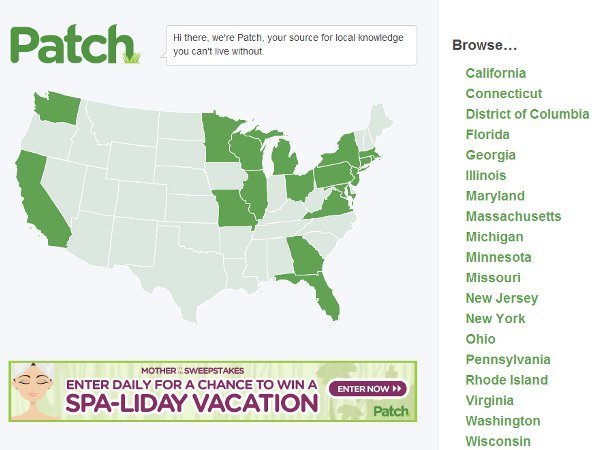