Venky Harinaryan on how commerce has evolved, and why fashion could be the next big opportunity

The other day, I received Square's pocket-sized credit card reader that attaches to my iPhone. The slick gadget is one of the newer, and more sophisticated and elegant innovations I've seen around commerce in the past 15 years that I've been covering Internet trends.

But throughout those years, many changes and developments took place for us to get to where we are. After all, consider: In 1995, cell phone (let alone smart phone) penetration was 13%; the few of us who had computers were on dial-up; the number of people using e-commerce was under a million, according to the US Department of Commerce; Amazon was just a year old; Larry Page and Sergey Brin (founders of Google) just met at a computer orientation at Stanford; and Mark Zuckerberg (founder of Facebook) was just 11 years old.

To understand how the commerce world has changed since the mid '90s, I asked one of the pioneers of Internet commerce, Venky Harinarayan, who founded Junglee, back in the mid-90's and sold it to Amazon in 1998, a year after the e-tailer went public. Junglee was one of the first shopping search engines. Venky stayed on with Amazon to help build the giant e-tailer's marketplace business, which today accounts for some 30% to 40% of Amazon orders, according to Venky.

Here are some highlights from our interview:

-- Because of limitations faced by Amazon to increase its inventory of products, Amazon built up its marketplace business to take into account third-party vendors. But the marketplace idea was not the first idea though of. The executives also considered building a "mall" or integrating better "search" functionalities. Turns out building a marketplace was the right move, said Venky.

-- Amazon's feature to "recommend" products was "huge," said Venky. "And, made it different from the offline buying experience."

-- At the turn of the millenium, the way an e-tailer got traffic to their site was to do a big deal with AOL or Yahoo - the two big portals of the time. "What that forced was multi-category retailers," said Venky. That means e-tailers had to be big department stores. Single-line or vertical retailers, like eToys, would eventually have a hard time because they only had one product line, but a massive distribution cost to pay.

-- In 2001/2002, thanks to the emergence of search, single-category retailers emerged as marketing costs became much less onerous. Companies like Blue Nile could market themselve online and find an audience by buying up keywords on search engines.

-- Today, the current innovation is "push" or "social commerce." The model is similar to a news feed - or a Facebook model. Whether it's Groupon or Gilt, product offers are being sent to you. Not only are people "searching" for products, but they're being pushed "relevant" products as well.

Watch the rest of my interview with Venky to hear more about his thoughts on whether Groupon is the biggest innovation in commerce in the past many years. What he thinks of the myriad of Groupon clones and why he thinks fashion will be as disruptive a market as music was. 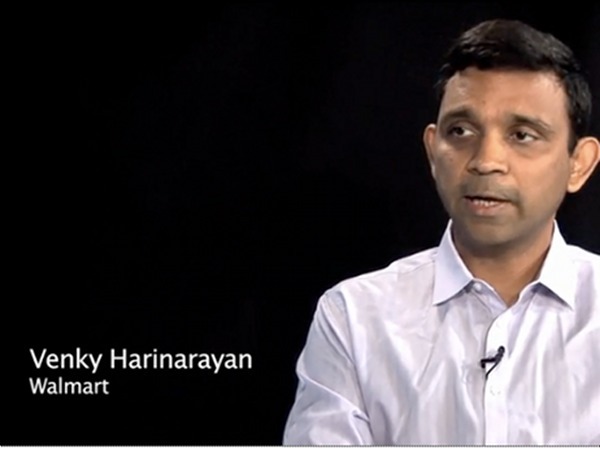