Anyone can be a DJ for everyone in the world, Union Square Ventures steps up

Social music mixing site Turntable.fm is close to securing a $7.5 million round of funding led by Union Square Ventures, according to Betabeat. The round values Turntable at $37.5 million.

Turntable.fm plugs friends and strangers alike into a listening room, where up to five users can “DJ” for everybody else. DJing on Turntable consists simply of choosing tracks to play, either from the provided music library or by uploading from your own computer. Each of the DJs takes turns playing one track at a time, each of which listeners can vote as either “Lame” or “Awesome,” the latter of which earns points for the DJ.

Hype over Turntable.fm exploded in the tech sphere in the early summer, and the site’s popularity doesn’t appear to have waned much a couple months later, based on a browsing of the site’s listening rooms.

Perhaps bizarrely, perhaps unsurprisingly, Business Insider reports that pop stars Kanye West and Lady Gaga are also investing in the company. I suppose that’s something that Kanye and Gaga have in common--the art of being unsurprisingly bizarre.

It’s not entirely out of left-field, however, since both Kanye and Gaga have proven their social media prowess via Twitter.

Though his tweets have since become much less frequent and personal, Kanye tweeted up a storm in the months leading up to the release of his last studio album, “My Beautiful Dark Twisted Fantasy.” Brilliant social media marketing, if I’ve ever seen any. And Lady Gaga still actively uses her Twitter account on a regular basis, which in May earned her the privilege of being the first to reach 10 million followers. Today, she has over 12 million.

Reports say Kleiner Perkins Caufield & Byers (investor in Facebook, Twitter, Zynga) and Accel Partners (investor in Facebook, Etsy, StumbleUpon) were contenders to lead the round, but both were dropped due to a possible conflict of interest. That is, since Facebook might be developing its own music service, there could be problems down the line with investors advising both the social network and Turntable. 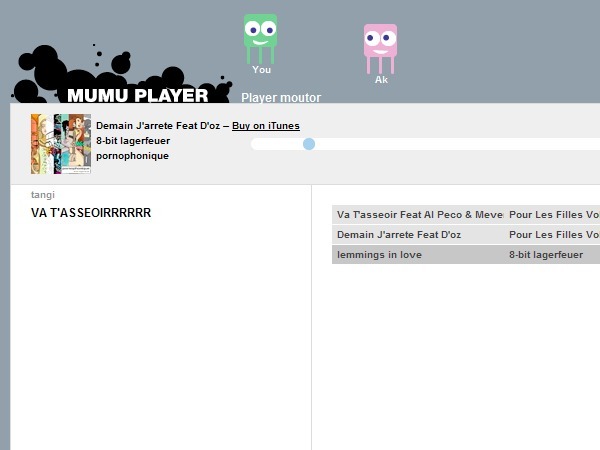