You remember those daily deal sites?  Yeah, still mighty plentiful and still in high-demand, despite the multitudes of identical models out there.  In today’s daily deal site news, daily deal site Screamin Daily Deals (SDD) was acquired by online local media company Local.com for $12.5 million in cash, stock, and debt, with the possibility for shareholders to earn another $20 million if the company meets certain financial performance criteria during the first two years following the close of the deal.

Founded in early 2010, the San Juan Capistrano-based company currently operates in 14 markets in the U.S., including Los Angeles, San Diego, Orange County, and Salt Lake City.  In 2010, Screamin Daily Deals generated $2.2 million in revenue, and this year the company is on track to generate nearly $9 million in revenue, having already raked in $4.4 million in the first half of the year.  By comparison, Groupon earned $94 million in profit in 2008, despite only launching in November of that year (or only $5 million, if you take out the merchant’s cut of the revenue, but that’s still $5 million in two months).  It’s not really fair to compare the company to Groupon, since Groupon was the first in its field, but I did it anyway…

Like Groupon and LivingSocial, SDD recently launched travel deals, which right now includes a one-night stay in a studio suite at the 5-star Trump International Hotel in Las Vegas, including a $100 restaurant gift certificate, for $149.  The total value of the deal is nearly $500.

What does set SDD apart from other daily deal sites is its unique School Rewards program, which donates 10% of every daily deal purchased to one of the 700 schools participating in the program. To date, the company has donated over $400,000 to local schools.

“The acquisition of SMG serves our mission of connecting brick-and-mortar merchants with online consumers by extending our reach directly to thousands of local merchants in 14 markets. This transaction diversifies our revenues and provides us with a new way to engage consumers,” said Heath Clarke, Local.com chairman and CEO. “School Rewards is a terrific program that allows us to develop a more meaningful relationship with merchants and consumers by enabling them to contribute financially to their local schools. We look forward to working with the SDD team to accelerate their rapid growth while expanding the School Rewards program.”

Under the terms of the deal, SDD will be absorbed into Local.com’s daily deal site Spreebird.com and will assume the Spreebird brand.  SDD three co-founders will become Spreebird’s VPs of sales and marketing, product, and operations, respectively, while Spreebird will continue to be run by Local.com’s SVP and GM of social buying. 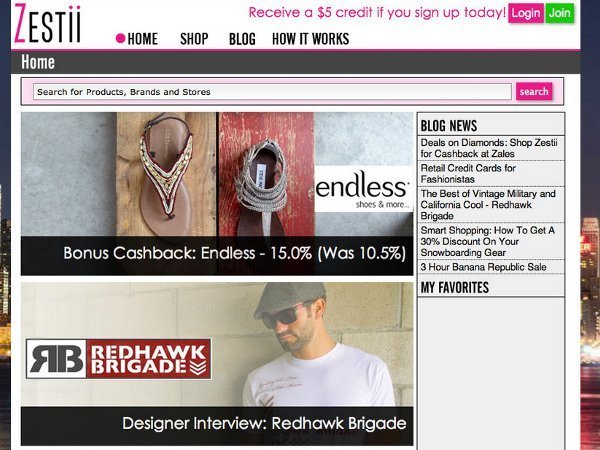 Enough daily deals, shop at Zestii for cash back