I’m moderating a panel at the upcoming Venture Shift event, titled "How angels and super angels/micro-cap VC funds are changing the stakes and making a new ecosystem."

This is a terrific topic. By way of background, you can see my comprehensive thoughts on launching new media ventures in a presentation I gave at the Haas >Play conference, called The Three Million Dollar Startup.

In the context of this panel, I believe the discussion will be generally focused on the internet and other digital businesses. It’s probably still tough to launch a new biotech company on a few hundred thousand (plus I don’t really know anything about biotech, so I’ll probably direct the panel elsewhere!).

If you have any thoughts or comments about how the proliferation of sources of early-stage capital has changed the startup game, please feel free to share below. I intend to use a lot of the feedback as questions I can pose to the panelists.

For my part, I start with what I feel are the three contributing factors to the emergence of the current angel investor ecosystem:

1: With the emergence of new platforms and channels (like, but not only, the internet) the capital barrier to entry for new companies has come way down.

2: Now that we’re 10+ years into new media, there’s a large pool of experienced people who have accumulated enough wealth for speculative investments (and have the knowledge/courage to do so).

3: It’s fun to be part of the creation of new products!

Based on these three factors, I don’t see angel investing going away any time soon, in fact, I think we’re only at the beginning of a capital market that is going to be a major part of the innovation ecosystem for a long time to come.

What I like most about the proliferation of early-stage capital sources is that it means entrepreneurs have a wider array of choices, and thereby a greater ability to align their, and their investors’ objectives.  If you want to create one of Mike Maples’ Thunder Lizards and take over the world, you can call Mike.  If you think there’s an untapped niche and you’re sure you can create a highly-targeted service for it, you can give Dave McClure a call and be one of his 500 Startups.  You can swing for the fences, or try to lay down a bunt.

I also think, in the end, the proliferation of early-stage capital sources will be a good thing for the big VCs, it means they’ll have many more sprouts from which to choose.  I do think it’s going to slightly push the focus of “traditional” VCs towards slightly later stages of company development. In the end, however, that will probably be a good thing as I think it will take some of the risk out of their deals.  So, yes, valuations will rise (a common complaint made by VCs about angels), but in parallel risk should fall.

The law firm Dorsey & Whitney did a great study on “The evolving investor landscape.”

What I liked most about the study are the quotes at the end. The themes in these write-in responses are probably worthy of being on the first page of the report rather than the last. What they illustrate is that what matters to entrepreneurs isn't just the financial dynamics, but the investor’s experience, trustworthiness, ability to form capital and if they’re availability to even return a phone call (or get a beer).  My guess is most top entrepreneurs would be flexible on valuation in order to get the right investor team pulled together.

Additionally, the right angel investor can make meaningful contributions to the development of a company. On stage, at a recent Vator splash event, Neil Young, the founder of ngmoco, recounted a pivotal moment where Mike Maples, one of his angel investors and board observers, made a key insight about their business model: https://vator.tv/n/1788 (right around minute 20:30) – having an experienced entrepreneur and angel investor at the table at that moment added a tremendous amount of value. This is a great example of why having a mixture of VCs and angels can, at key moments, be good for companies.

Of course, across the angel and micro-VC landscape, the right VC depends on their expectations and philosophy on investing. I went back and listened to several super angel interviews on VatorNews.  Four great ones are the following:

It’s really interesting to hear how each of them approaches investing.  Not surprisingly, I agree with Dave McClure that many traditional companies will be looking to acquire technology/new media expertise – given my career choice I’m all-in on that one.  That said, I also hear Mike Maples’ point that high tech is often a “winner takes all” business and the few winners WAY outstrip the also-rans in some technology races.  So you have to either pick a place where you won’t be crushed by the ultimate winner/giants/thunder lizards, or focus on finding and backing the ultimate winners.  It’s worth listening to each interview.

In the end, I believe it’s important to have a general sense of what you’re building your company to become.  I think the entrepreneur’s capital plan is an integral part of the business strategy.  It’s not just about building a great business and seeing what happens.  It’s about considering the likely outcomes, the potential capital requirements, and having a general plan for how aggressively you plan to build your business.   The good news is there's a rapidly expanding pool of funding options, choice is great.

What’s also interesting about these super angels is the role they are playing in capital formation.  Given the reality that their contribution is most often going to be a part of their investment pool for a company, it’s important for them to develop their network of syndication partners.  So as an entrepreneur picking your “lead” super angel is also a bit of a bet on their ability to form capital on your behalf.

Those are some of my thoughts on the topic, and I’m looking forward to moderating the panel.  If you have a moment please leave a thought or suggested questions in the comments below – see you at Venture Shift!

(Editor's note: Venture Shift will be held on on the evening of July 20, at Cafe du Nord in San Francisco. Dave McClure and Jeff Clavier will be speaking.) 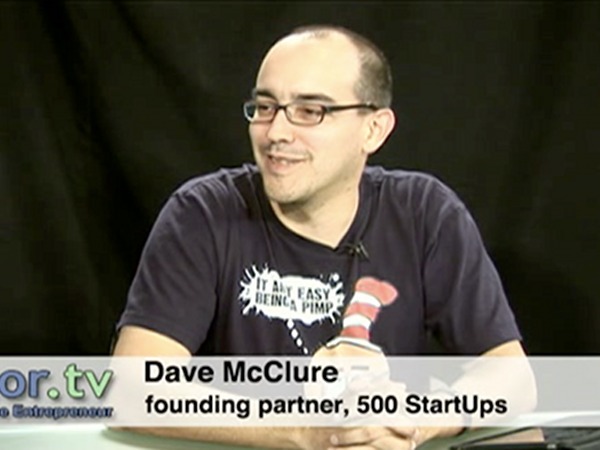