While President Barack Obama may not yet have a Google+ account, he's quite social media savvy.

Two months after hosting a live Facebook townhall, the White House announced Thursday that it will be hosting its very first Twitter townhall with the President on Wednesday, July 6 at 2:00 PM ET.

Following the tradition of that earlier social media townhall, which was moderated by Facebook founder and CEO Mark Zuckerberg, the Twitter townhall will be moderated by none other than Twitter creator and current head of product Jack Dorsey. (Dorsey also serves as CEO at another hot startup, mobile payments service Square.)

Besides the mundane details, there’s little to reason to expect the Twitter townhall to differ much from the Facebook townhall. The event will last not much longer than an hour and will have Obama answering questions from both Dorsey as well as from Twitter users who tweet under the hashtag #AskObama.

In general, these events have done nothing more than provide Obama with a vast platform for delivering talking points; you usually don’t get the hard-hitting questions in here. It’s a nice idea, for Obama to reach out to citizens through one of the most popular social media sites, but it’s pretty clear that this is all about building momentum for his upcoming bid at reelection. And it's obvious to everyone that Facebook, Twitter and social media as a whole proved instrumental in his 2008 election victory.

Though the Facebook townhall was hosted at the company’s headquarters in Palo Alto, Calif., the Twitter townhall will be held at the White House in Washington, D.C. (Maybe Obama has had enough California trips for now and doesn’t want to make the other states jealous...) 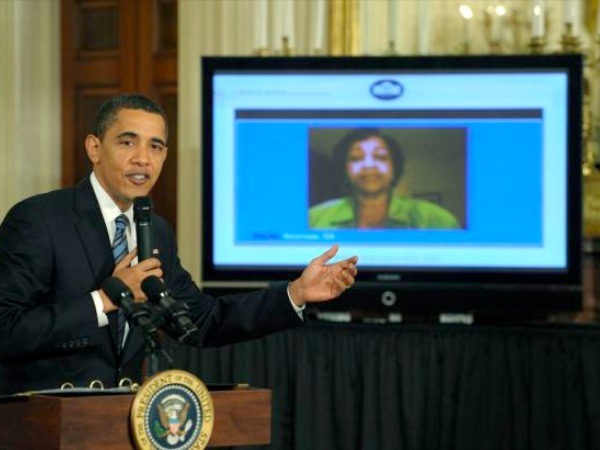