While mCommerce is on a sharp growth curve, it will only comprise a fraction of retailers' Web sales

Mobile commerce is definitely a hot topic right now, but it makes up a very tiny fraction of total retail sales. Show of hands: who has ever bought anything using their phone (not including apps or songs)? That’s what I thought. But mobile commerce is a growing industry, according to a report published Friday by Forrester Research. In fact, it’s on track to be a $31 billion industry by 2016.

To put this into perspective, the number of people using their smartphones to shop will only make up 7% of retailers’ total Web sales.

Forrester notes that there are a couple of things to take into consideration here. For one thing, the research firm is not including tablets in its definition of “mobile,” which certainly excludes a large chunk of consumers who are shopping on their tablets instead of their smartphones. Secondly, shopping never leads Web behavior.

“In any list of activities that people do on the internet, shopping nearly always ranks below things like ‘reading news’ or ‘using social networks,’” wrote Forrester analyst Sucharita Mulpuru in a blog post. “Even those activities are not universal among the smartphone set, so it would be premature to expect that shopping would rank high on the list (which it of course doesn’t).”

But mobile commerce enthusiasts take heart: mCommerce is here to stay. “Mobile commerce will transform retail, both because the transparency of pricing will force big box stores to be much better merchants or die, and because store associates armed with mobile devices can now do everything from save lost sales, to carry a POS device in their hand,” wrote Mulpuru.  “And the most efficient retailers won’t even have their store associates doing those things—they’ll have their customers doing them themselves.” 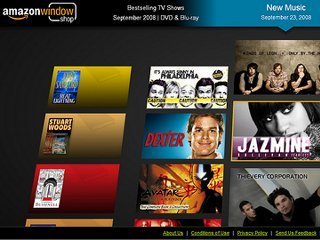