Half a year after Zuckerberg publicly snubs the Apple tablet, the man comes around

No, that’s not quoting some tech-ignorant grandmother. It’s from the mouth of the CEO and founder of one of the world’s hottest tech companies, Mark Zuckerberg of Facebook.

He said it at a mobile event back in November when somebody asked if a Facebook app for iPad was coming. Zuckerberg’s response got a laugh back then, but the answer was taken seriously to mean that Facebook was more focused on developing its mobile browser experience with HTML5.

But that was over half a year ago. Minds change.

In the next few weeks, Facebook plans to finally release a free official app for the popular Apple tablet, according to unnamed sources close to the matter.

Facebook has been developing and iterating on the app for almost a year, and it has now entered final testing. Ironically, the sources say that Zuckerberg himself has been overseeing the app’s design and features.

It shouldn’t be so bad to come a year and a few months late to the iPad party. After all, it’s just one mobile device. But then again, Facebook is far and away the most popular social networknig service in the world; developing for popular platforms should be a given. Besides, where’s the consistency: Facebook landed on the iPhone the day the App Store opened up in July 2008.

The company has already made a huge splash on mobile.

Without giving numbers for specific platforms, Facebook reports that over 250 million users actively access the site via mobile devices. And people who use Facebook on mobile are twice as active as those who don’t.

For now, iPad users that want to get on Facebook must either use iPhone version or just go to the mobile site. In most cases, the mobile version is actually pretty convenient to use, as most of the site’s features are there. However, some features are necessarily absent, like the ability to take pictures and upload them on the spot.

Facebook for iPad is expected to provide those missing features and any others on the regular site. 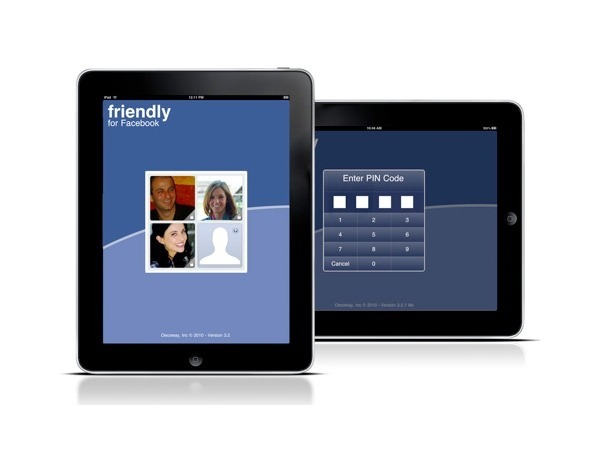