Not Buzz, not +1, not any one new service will help Google pin down the social Web all at once. Instead, it will be a long road of product launches (good and bad) and startup acquisitions (large and small) that will help the tech gargantuan compete with the likes of Facebook and Twitter.

PostRank announced Friday that the real-time social Web analytics startup has been acquired by Google. Terms of the deal were not disclosed.

Founded in 2007 and based in Waterloo, Ontario, PostRank provides social intelligence by aggregating data created by the millions of users on over 20 social networks, from Facebook to Twitter to LinkedIn and beyond. PostRank Analytics helps businesses identify influencers and measure off-site engagement, which the company claims now accounts for 80 percent of the attention brands’ content receives. The Analytics tool also let clients benchmark their competitors.

With PostRank Connect, publishers can better match influencers to brands.

“We know that making sense of social engagement data is crucial for online businesses, which is why we’ve worked hard to monitor where and when content generates meaningful interactions across the web,” writes Ilya Grigorik, PostRank CTO, in a blog post about the acquisition. “Indeed, conversations online are an important signal for advertisers, publishers, developers and consumers — but today’s tools only skim the surface of what we think is possible.”

As part of the deal, the entire PostRank team is moving to Google’s headquarters in Mountain View, Calif. Though the company will not accept new clients, current customers will be able to keep using the service.

In the last whirlwind of a couple years, the single company to assert itself as one of the most influential players in the new, social-soaked Web is Facebook. While it’s created a whole platform for new companies like Zynga and PostRank to thrive, it has also complicated things a bit for the old guard, like Google, which put more of an emphasis on pure data rather than social connections and recommendations.

By acquiring PostRank in the same week as its +1 social plugin expanded to third-party sites, Google is sending a clear message that it is serious about getting the social Web right.

After emailing Google for more details about the deal, this was the only response we received:

“We’re always looking for new ways to measure and analyze data, and as social analytics become increasingly important for online businesses, we’re excited to work with the PostRank team to make this data more actionable and accountable. They have developed an innovative approach to measuring web engagement, and we think they can help us improve our products for our users and advertisers.” 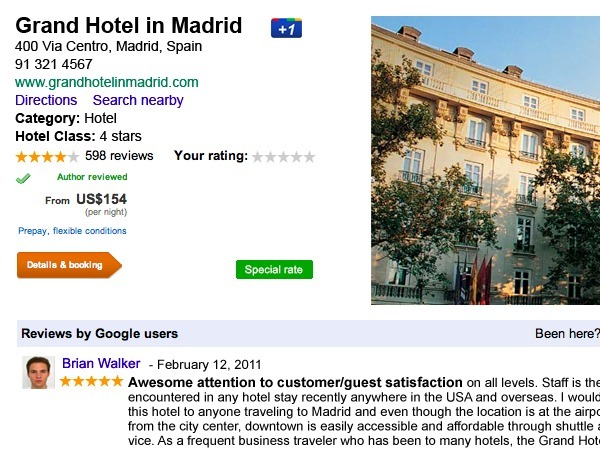 Google +1 shows up late to the sharing party