The company is backed by Bridgescale Partners and Adams Capital Management

BuzzLogic, a B2B advertising and analytics company, on Wednesday announced the close of a $7.8 million Series C round of funding led by Bridgescale Partners, with help from Adams Capital Management and investment banking veteran Bob Colman.

BuzzLogic has undergone a series of transformations over the years. Originally founded as a social media monitoring service, the company later billed itself as a blog ad network, and then finally, in mid-2010, it settled into what it is today: an advertising and analytics company that delivers contextually relevant ads across the Web based on the conversations people are having.

For example, one of the company’s clients, a consumer packaged goods company, shelled out $100,000 to have their brand associated with healthy snacks. BuzzLogic entered the query into its system and received hundreds of URLs for sites and locations on the Web where people were talking about healthy snacks. By the end of the month-long ad run, the company’s brand association with healthy snacks had increased to 28% from 12%. The brand ended up renewing with BuzzLogic and increasing its spending fourfold.

The foundation underpinning BuzzLogic is based on two premises, CEO Dave Hills told me. “One is that all content is social over the course of time. People don’t just sit there and read it. They comment on it or carry it over to their blog, and conversations start around it. The other is that brands have a need to engage people when they’re in an emotive state so they’ll respond to a brand or message.”

What that means is BuzzLogic doesn’t just do the typical ad-targeting, but actually embeds ads into contextually relevant content, be it forums, blogs, websites, or anywhere else people are engaging with content. The company doesn’t use cookies or any other user targeting method, but rather uses a complex algorithm that looks at keywords, density, how often a conversation or piece of content is being updated, and so on.

But the service doesn’t just pinpoint a keyword and push an ad. It actually uses cognitive analysis to determine the depth and scope of a conversation—essentially, how a machine might strategically analyze and plot a conversation to be able to respond appropriately. Hills gave me an example of two statements: “I took a ride in my car,” versus “I took a ride in my car with my girlfriend to the beach with the top down.” While semantic analysis would say that the two sentences are the same, cognitive analysis notes the subtle and complex differences between the two to deliver the most contextually relevant ad.

Since BuzzLogic has made its evolutionary turn and arrived at this unique form of ad distribution, Hills said that the company has been growing revenue at a quarterly rate of 50%. To date, the company has worked with over 70 parent brands, including Proctor & Gamble, Toyota, Best Buy, PlayStation, Microsoft, and Starbucks, and over 130 ad campaigns.

“We were completely aligned with vision that all content is social,” said David Walrod of Bridgescale Partners, explaining that he was drawn to the company’s ability to deliver contextually relevant ads without using cookies or other invasive forms of user targeting. “I’m not aware of another company that has been able to do this with such scale and flexibility.” When I asked Walrod about similar companies and why Bridgescale has chosen to invest in BuzzLogic, he replied: “Every one of the companies you mentioned is a company that we’ve looked at. We had a hard time finding a company that we had the conviction to stand behind.”

Today’s funding brings BuzzLogic’s total raised to $28 million, and the company plans to use the new funds to improve analytic capabilities and double its sales and account management force. 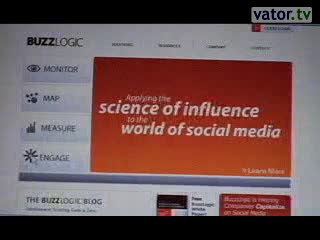 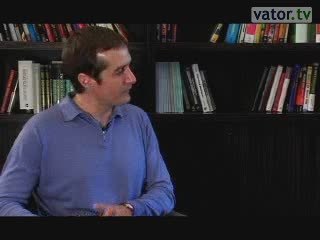